Home Uncategorized Button: A lot of ****-kissing going on 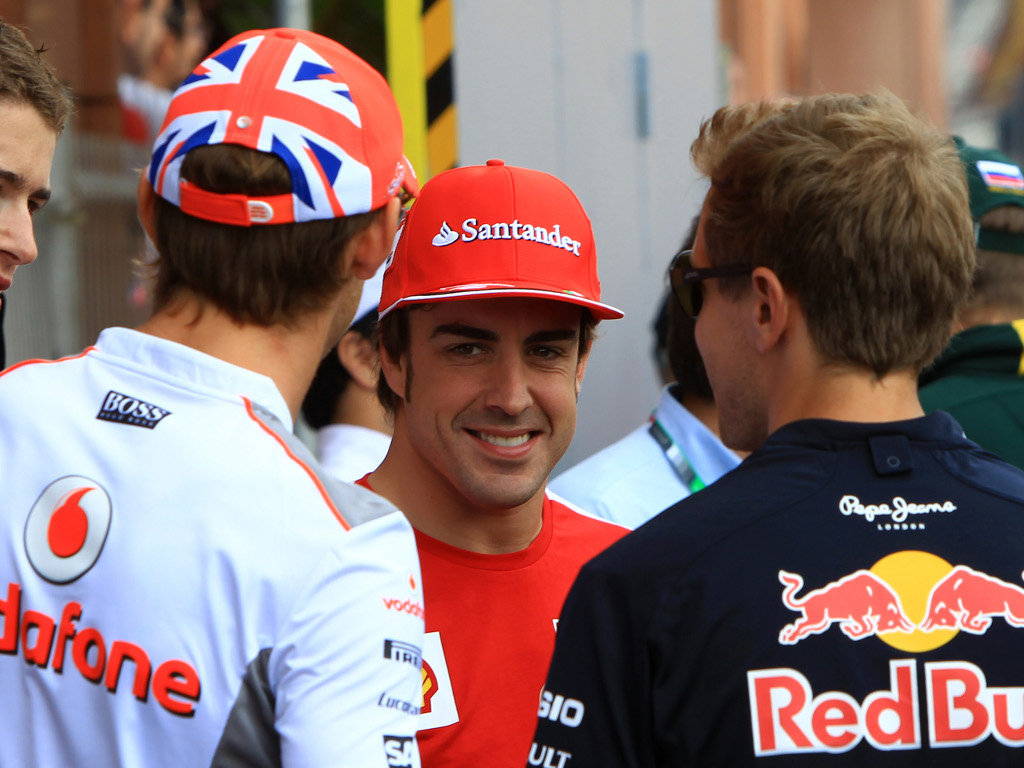 Although Jenson Button concedes Fernando Alonso did a “great job” in Valencia, he’s amazed at “how complimentary” drivers have become…

Although Jenson Button concedes Fernando Alonso did a “great job” in Valencia, he’s amazed at “how complimentary” drivers have become.

Alonso became the first repeat winner of the season at the European Grand Prix when he took the lead from Sebastian Vettel, who had been leading by more 20seconds before the Safety Car, when the Red Bull racer retired.

And although Button says Alonso did a “great” job, he reckons Vettel was the one to be wary of in Valencia.

“Been a lot of ****-kissing going on,” the 32-year-old told The Express when Alonso was mentioned. “I don’t know what’s happening, it’s quite strange.

“Most of the drivers in Formula One are immensely talented and many will challenge for Championships in the future. But Fernando is one of the stand-out drivers.

“He won his home grand prix, when everything fell into place. Sometimes when you make those moves, they don’t work out. And you end up in the wall. Was his performance scary? No, he just did a great job, and so did his team with strategy.

“The scary one is Red Bull. The pace that Sebastian had was amazing. He was on fire, and had a massive difference in pace to the rest of the field. We haven’t seen that before for a while.”

But, having said that, Button believes Alonso is one of the best drivers on the grid as not only is he “dangerous” and “very quick” but he’s also a “clever” driver who has worked his way into a position where he holds the lead driver spot at Ferrari.

“He has worked for that. He has really got his team behind him. I don’t begrudge him that.

“He is in a great position but I don’t think he gets different equipment to Felipe (Massa). He is just doing a better job with what he has been given and maybe he has had more influence.

“When you race against him and beat him, it feels special.

“I respect him a lot because he is not just very quick, his talents are more in the race than qualifying and surrounding himself with the right people in the team.

“He is a clever driver, so that is why he is dangerous, but I hope his winning is over, he has his home grand prix and hopefully we can take over now.”

Button’s home race, which is also McLaren’s home event, takes place this weekend at the Silverstone circuit. However, the Brit has never been on the podium never mind the top step.

“If I win at Silverstone, I will get really emotional,” he said. “It will mean so much more.

“That was what it felt like after winning the World Championship after so many years trying to get the right car and the right team. It meant so much.

“Not sure I will be blubbing like a girl but I will be emotional.”

Button subsequently clarified his ‘arse-kissing’ comment, Tweeting that he what he “said was its always amazing how complimentary drivers become.”