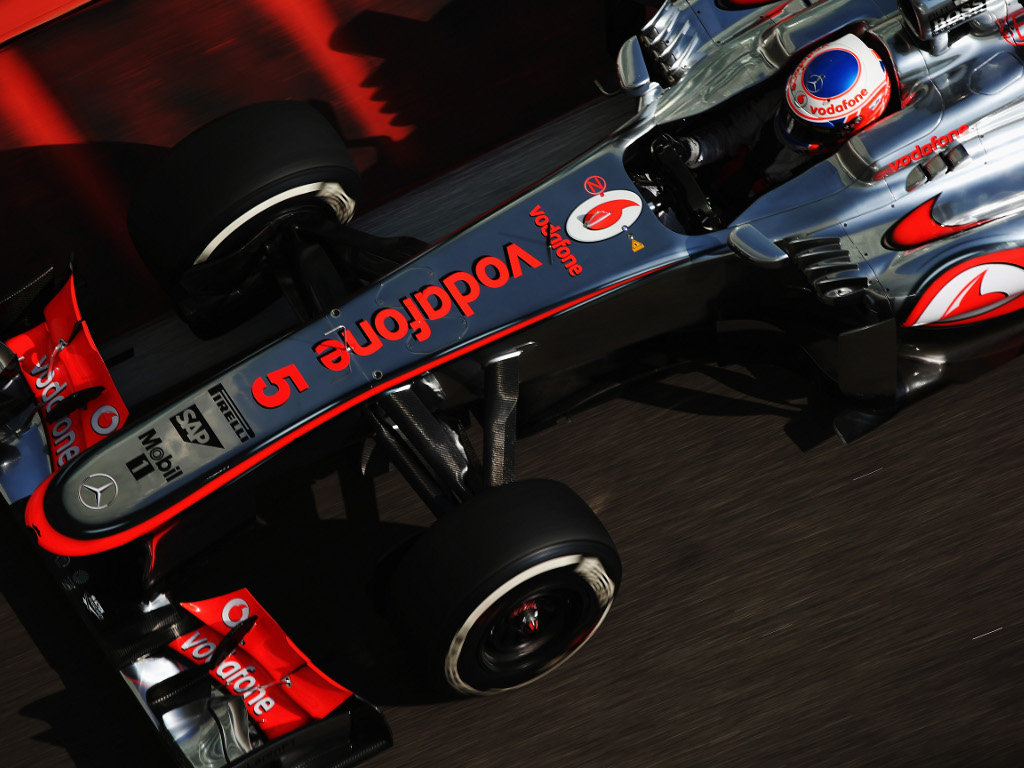 Jenson Button concedes he has only himself to blame for running into the back of Paul di Resta at the start of the Abu Dhabi GP.

After a disappointing qualifying session, Button started Sunday’s race at the Yas Marina circuit down in 12th place.

Determined to make up positions, the McLaren driver locked up and ran into the back of Paul di Resta’s Force India.

The impact broke Button’s front wing and he was forced to pit for repairs, dropping him well down the order.

Button recovered to finish 12th, the same position he began.

“You make your own luck when you start down in 12th – where first-lap congestion is inevitable – and, sure enough, there was a little bit of argy-bargy into Turn One,” he admitted.

“I duly locked-up both my front tyres, couldn’t slow the car down sufficiently, and drove into the back of Paul [di Resta], which broke my front-wing end-plate.

“It’s a real pity to keep on having first-lap incidents, especially when the car is working reasonably well now.

“I’ve been in a similar situation for the past two races, and things haven’t really gone my way. Still, I managed 44 laps on the Prime – and, in terms of getting the most out of what we had, that felt positive.

“So, all in all, given how far behind we were after lap two [when he made his unscheduled early pit-stop], to finish so close to 10th by the chequer wasn’t so bad.”