Home Uncategorized Button: Alonso is not a worry 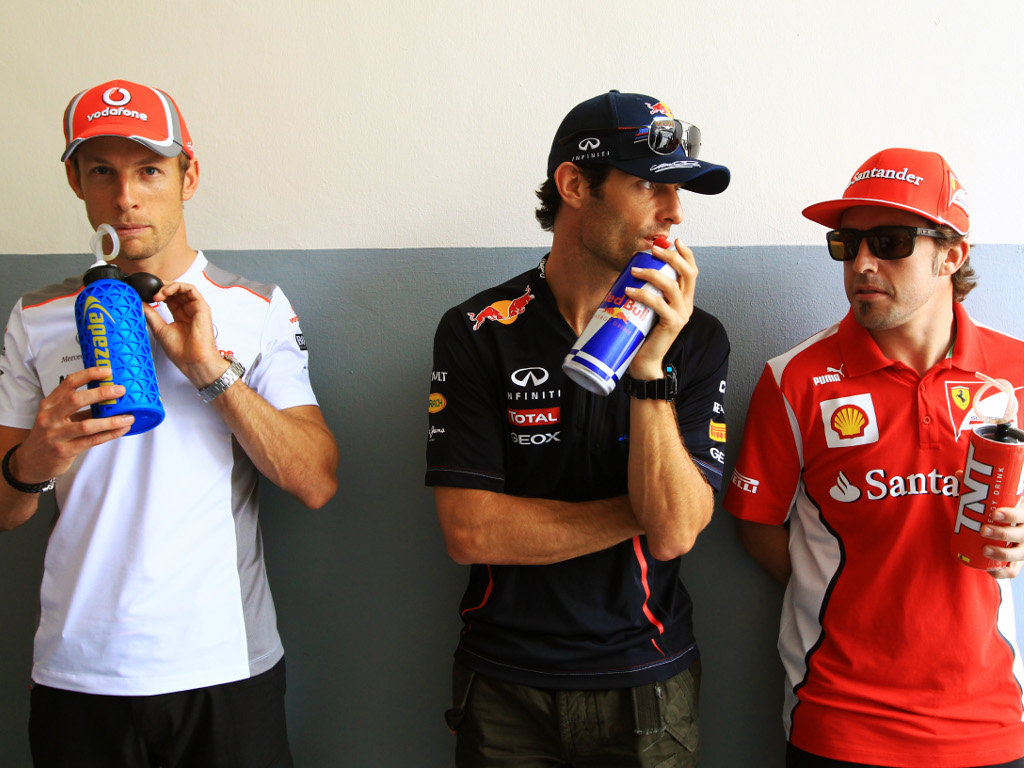 Jenson Button has all but written off Fernando Alonso’s title challenge, saying his deficit to the Ferrari driver is “not the worry”…

Jenson Button has all but written off Fernando Alonso’s title challenge, saying his deficit to the Ferrari driver is “not the worry.”

Alonso claimed a surprise victory ahead of Sergio Perez in Sunday’s Malaysian GP as the wet conditions detracted from the Ferrari F2012’s weak points.

His win put Alonso at the top of the Drivers’ standings, five points ahead of Lewis Hamilton and a further five in front of Button.

However, the McLaren driver, who finished outside the points in Sepang after colliding with an HRT, reckons it’s the man in second and the off-the-pace Red Bulls who are his biggest threat and not Alonso.

“Even after such a bad race – and that’s hopefully my bad race for the year gone – I’m still only 10 points off the lead, and that’s Alonso in a Ferrari. That’s not the worry,” Button said.

“I’m also only five points behind Lewis, who is the guy in a competitive car, so (it’s) still not bad considering the day I had.

“Lewis is definitely my main rival, and you have to say the Red Bulls as well.

“Those are the guys I still think are the main ones at this point in the season, and will be for quite a few races.

“The Mercedes’ show signs of speed in qualifying, and we’ll have to see what they can do in a nice dry race, and see where we stand compared to them.

“But the team we should still be worried about the most are Red Bull.”

Meanwhile, in a separate interview with dpa, Button admitted that he does not believe he’s the “quickest” driver in Formula One, however, added that being the fastest is not the end goal.

“But I never think I am the best. It is important to be confident what I am, but never overconfident.

“Realising that it’s not one individual that wins a grand prix. that makes a big difference. that has helped me a lot in winning grands prix.”

The Brit also spoke of his future, saying retirement is not yet an option and that when it does happen he hopes to look back over his F1 career with pride.

“I think it is really important to have good memories from these times. In 10 years in the future I will look back and go ‘wow’ those times that I had in Formula One are great memories and I will take them to my grave.”