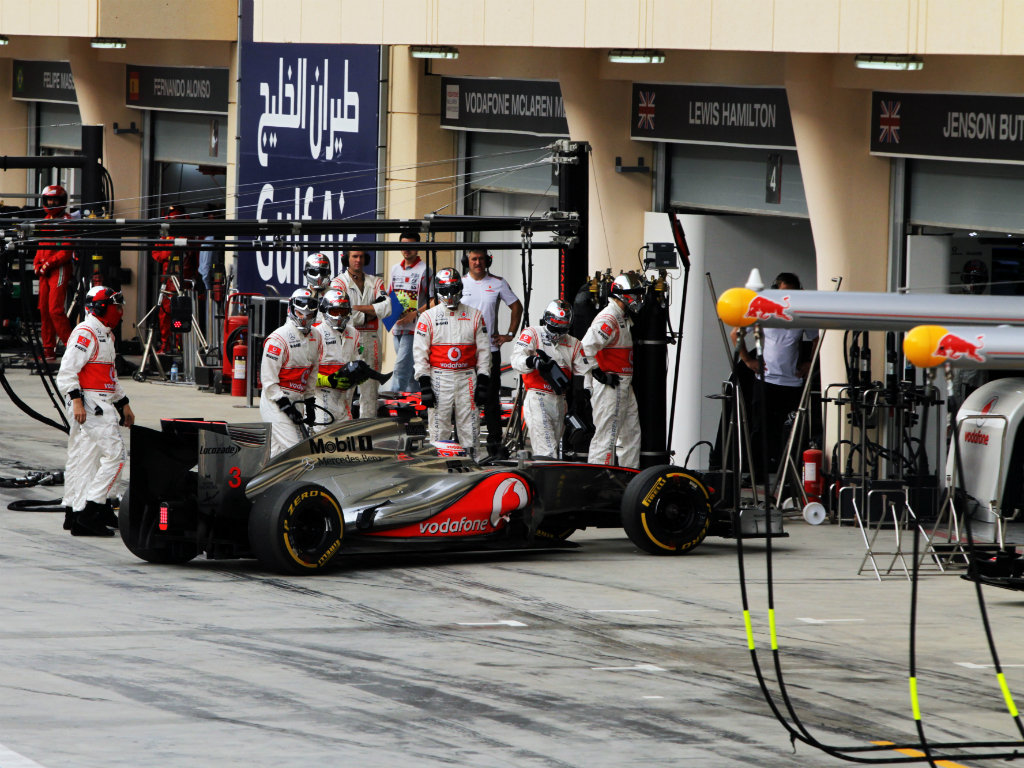 Jenson Button was surprised by McLaren’s lack of pace in Bahrain, revealing that they are also struggling to understand their Pirelli tyres…

Jenson Button was surprised by McLaren’s lack of pace in Sunday’s Bahrain GP, revealing that they are also struggling to understand their Pirelli tyres.

Button’s Sunday afternoon at the Sakhir circuit did not go according to plan as, instead of fighting for the win or at least a podium, the Brit was battling just for points.

A tardy start dropped Button back from his fourth place on the grid and he struggled on his first set of Pirelli tyres.

He fought his way back through the field and looked to be on course for a solid points-haul before a puncture a couple of laps from the end dropped him down the order.

The McLaren driver retired short after with an apparent engine problem.

“We were really struggling with oversteer and all the way through the race we were taking front-end out of the car, but we just didn’t have the pace here and we don’t know where it’s gone,” he said.

“It’s very difficult to understand where the pace is and why we didn’t have it around here.

“In the last races, whether we’ve won or not, we have had good race pace but we just didn’t have it here. So a difficult weekend for the team.”

As for the Pirelli tyres, which caused Button, known for his smooth driving style, several problems on Sunday, he told the BBC: “Last year we knew the tyres had high degradation but we understood them

“This year I don’t really know what to make of the tyres, but it’s not an excuse because other people are doing a good job on them this weekend.”