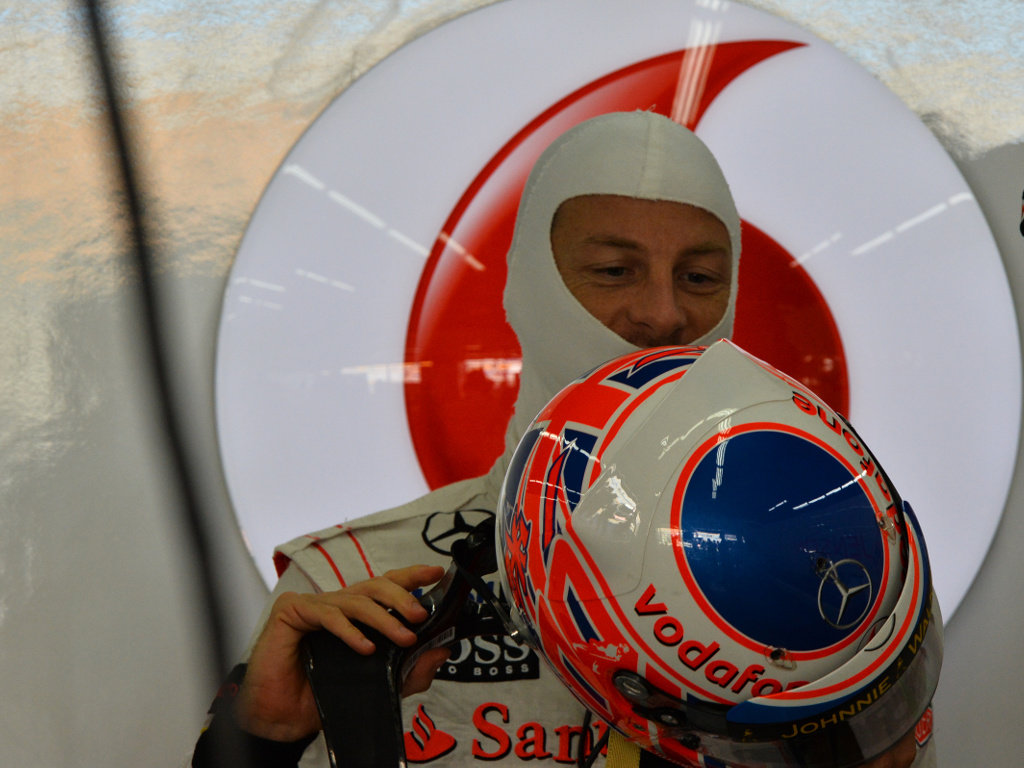 Jenson Button has blamed Kimi Raikkonen for his failure to make it into Q3 in Korea, saying the Lotus driver held him up…

Jenson Button has blamed Kimi Raikkonen for his failure to make it into Q3 in Korea, saying the Lotus driver held him up.

Putting in his final flying lap at the Korean International Circuit, Button came up behind Raikkonen and lost valuable time behind the Finn.

The McLaren driver eventually crossed the line with a 1:38.365 which was only good enough for 12th place.

“It’s quite frustrating: they’re pretty quick corners, and, when you’re that close to the car in front, it damages your lap. It’s difficult – because most of those corners are blind – but we’ve all got radios, so we should all know where other drivers are.

“It’s a pity: without that delay, I’m pretty sure I would’ve qualified inside the top 10.”

The Brit, though, insists all is not lost as he hopes to make up ground and finish inside the points on Sunday. He will also start the race from 11th on the grid due to Mark Webber’s penalty.

“Still, there are positives for tomorrow – we’ve got new tyres for the race; Turns One, Three and Four are always very interesting on the first lap; and we’ve got interesting straightline-speed compared to our rivals – both in terms of ratios and downforce levels – so the first couple of laps should be really interesting for us.

“Hopefully, we can go forwards tomorrow.”