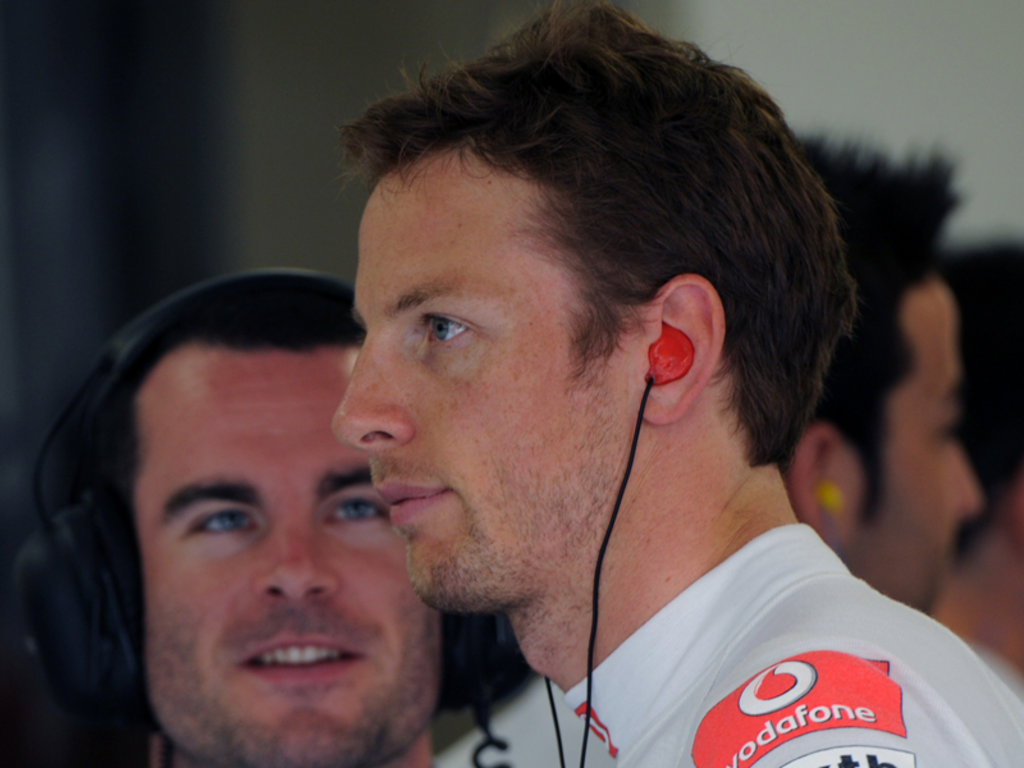 Jenson Button may be second in the Drivers’ standings but the McLaren driver reckons it will be “bloody hard” for him to beat Sebastian Vettel….

Jenson Button may be second in the Drivers’ Championship but the McLaren driver reckons it will be “bloody hard” for him to beat Sebastian Vettel.

Vettel’s title defence has gotten off to a flying start with the Red Bull driver dropping just 14 points on his way to a commanding 77-point lead.

With six victories from eight races compared to Button’s one in Canada, all signs point to another Championship crown for the German.

And although Button is refusing to give up, he concedes his best shot will be if Red Bull slip up.

“It is going to be bloody hard from where I am, 77 points behind. That’s three race wins, with Seb not finishing, and he’s still got a two-point lead,” Button told The Guardian.

“So it is not easy. But we’ve seen it before. Teams make mistakes and they might start thinking it’s easy in their positions.

“But it is going to be difficult. He has got such a lead. I don’t even have that lead over 14th place. It just shows you how big his margin is.

“At the moment I feel (Red Bull) are going to be quick all year. We have just got to improve our car. It is not about them not improving, we have to improve at a greater rate, which at the moment is very difficult.”

As for Vettel’s team-mate Mark Webber, even he has failed to challenge the German, a situation that has come as a bit of a surprise to Button.

“I think Seb’s a great driver. He has proved that this season. But I am surprised he is that much quicker than Mark, so there is obviously something that is not working for Mark.

“He hasn’t really been on the same pace as Sebastian this year, which surprises me as he is quick. He says he has got problems with the tyres. He is not getting to grips with them.”