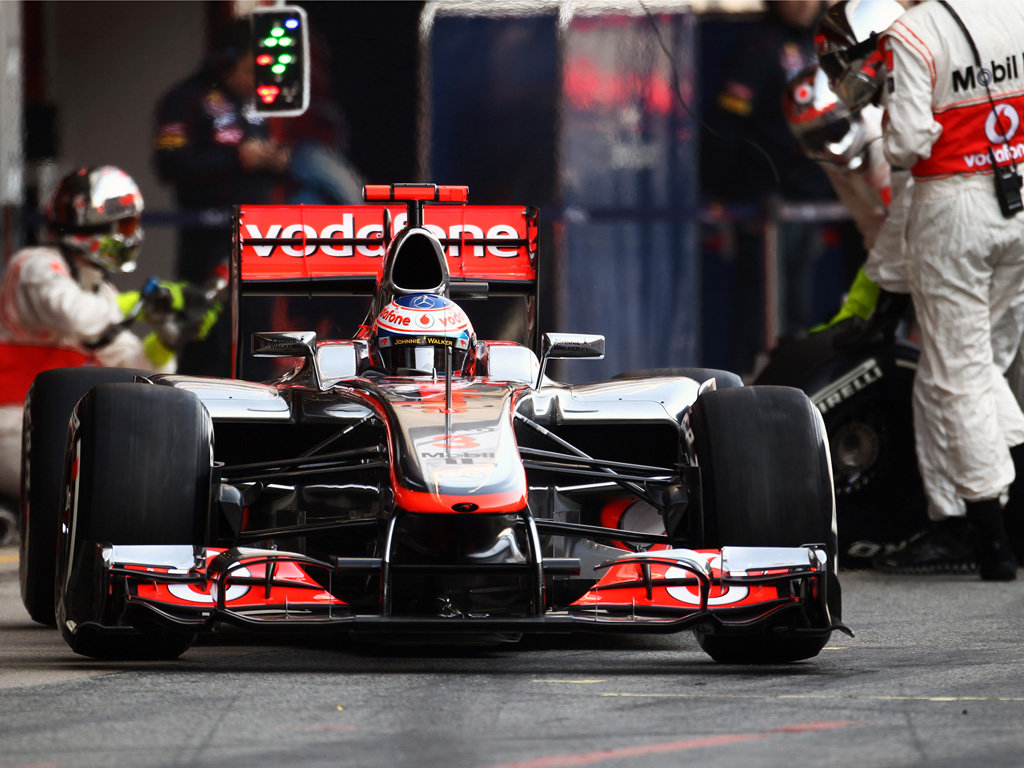 McLaren hit the front on Thursday as Jenson Button set the pace during the morning session at the Circuit de Catalunya.

Red Bull, Ferrari, Lotus, Sauber, Williams, Mercedes and Force India have all topped the timesheets during the first eight days of testing but it was McLaren’s turn on day one of the final pre-season test in Barcelona.

After Ferrari, Sauber and Toro Rosso made the early running through Felipe Massa, Sergio Perez and Jean-Eric Vergne, Button took his MP4-27 around the track in 1:23.510 two hours into the session.

The McLaren driver, who did some pit stop practice in the morning, posted his fastest lap on hard tyres.

Sauber, meanwhile, focused “short runs in the morning and some longer ones in the afternoon. No soft tyres planned to be used today” and Perez was P2 as his best effort was +0.310 off Button’s pace.

Lotus, who returned to action on Thursday after missing the final three days of the second test due to a problem with their E20-02 chassis, had a solid morning with Romain Grosjean posting a 1:23.959.

“We have a lot to do because we are combining the work of two tests into one,” a spokesman is quoted as saying by BBC Sport.

“Romain Grosjean did aerodynamic tests on Thursday morning, after which it took the team about an hour to remove all the sensors. That’s why he did less than 10 laps in the first two hours. Now he has been out lapping consistently, and he did another 16 laps in the third hour.”

Championship favourites Red Bull were P5 with Mark Webber clocking a 1:23.993 while Ferrari were down in eighth place with Felipe Massa.

Caterham didn’t get off to the best of starts in Barcelona as they were forced to replace Heikki Kovalainen at the last minute due to illness.

“He’s down with a bit of food poisoning which he picked up overnight. Nothing too serious but a day in an F1 car is out!” the team said via Twitter.

Kovalainen, meanwhile, went into too much detail via the social networking website.

“Wow what a night not been sick like this for a long time… both ends like no tomorrow! Not sure what I picked up and where but not nice…”

His team-mate Vitaly Petrov stepped in and was down in P10 with Williams’ Pastor Maldonado propping up the list.