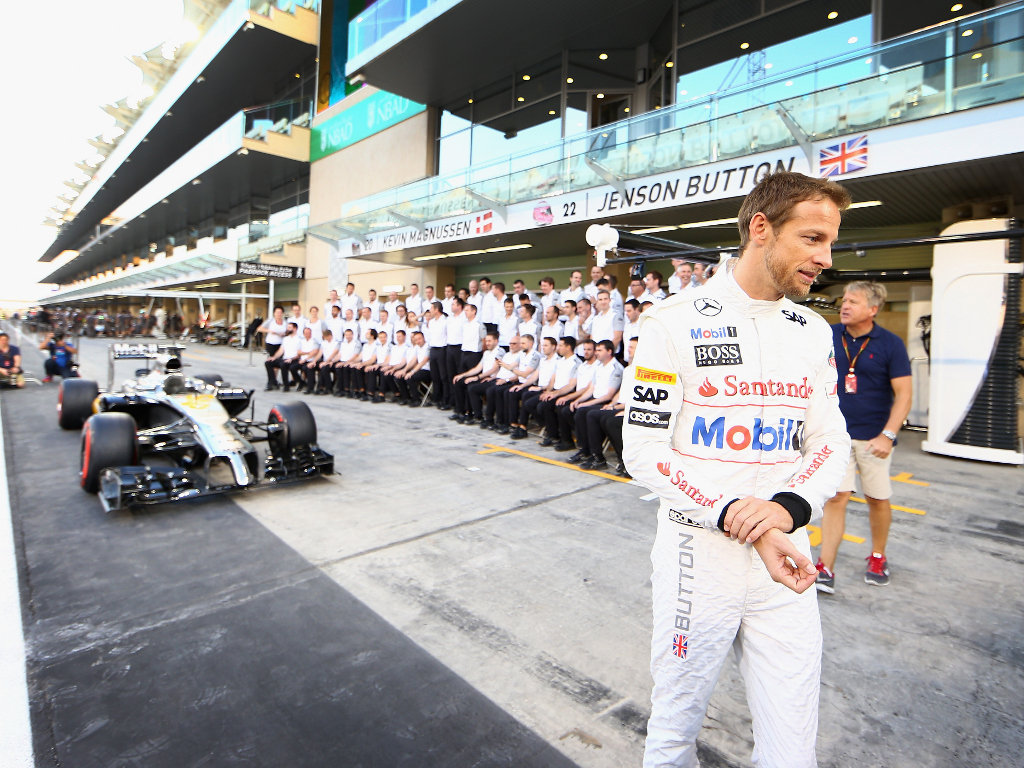 Having contested what could be his last race, Jenson Button says his late father would be “livid” if he knew the way McLaren are treating his son.

Button lined up on the grid in Abu Dhabi on Sunday evening not knowing if that would be his swansong.

The British racer finished an admirable fifth, six places ahead of his team-mate Kevin Magnussen, as he once again demonstrated he still has what it takes.

That, though, may not be enough to prolong his career.

“[My dad] would be livid if he knew my circumstances right now,” the 34-year-old told the BBC Sport.

“I haven’t got a clue if I will be racing next year. I hope they will make a decision very soon for Kevin and for my sake.

“People have their reasons and I don’t have the reasons as to why it takes so long.”

However, should Sunday’s race prove to have been his last, Button is confident that John, who passed away in January, will be proud of all he has achieved in F1.

He added: “I hope he will be proud but I hope this is not the last time I will be talking to you in F1.”