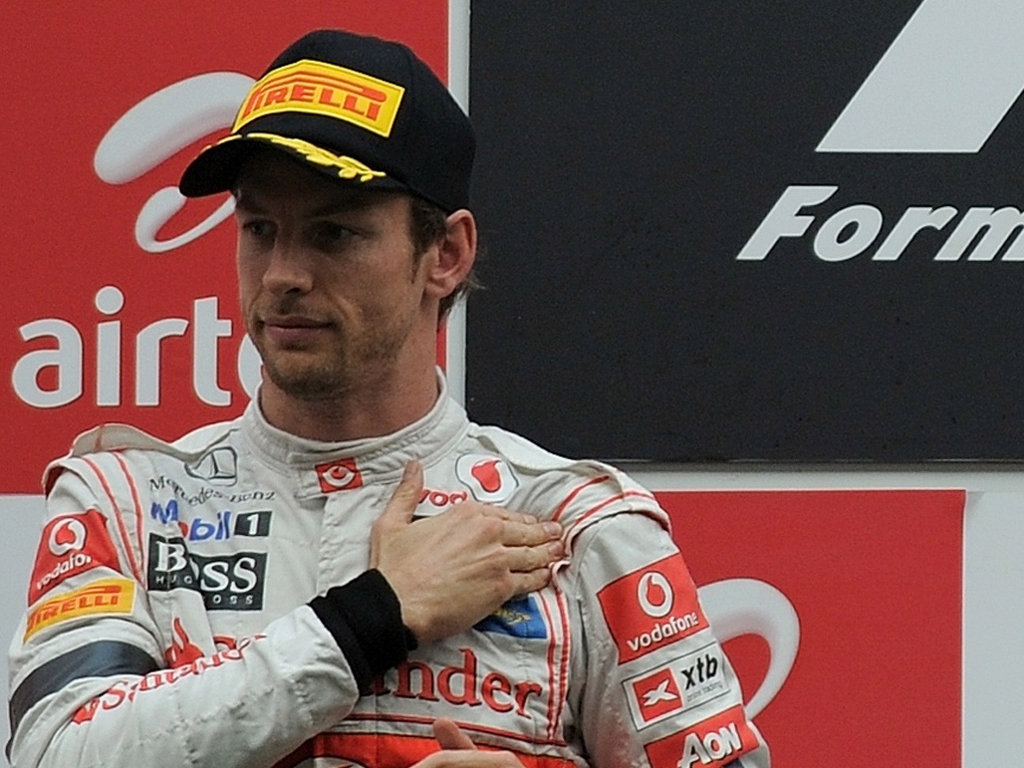 Jenson Button admits it was “very difficult” racing in India on Sunday with Dan Wheldon and Marco Simoncelli in his thoughts.

The Brit, who finished second in the inaugural Indian Grand Prix, joined his fellow drivers in honouring the duo, both of whom lost their lives earlier this month in racing accidents, with a minute’s silence.

“I knew Dan from a young age – so I think we should dedicate this first Indian race to Dan and to Marco, who was the most amazing man to watch on a bike.”

As for his race, Button lamented the fact that his McLaren just didn’t have the pace needed to challenge Sebastian Vettel for the victory.

However, on the up side, he made up two positions at the start when overtook first Fernando Alonso and then Mark Webber. And despite the latter’s attempts to retake the position, Button was able to hold him at bay.

“The start off the line didn’t feel that good but I was able to get Fernando into Turn One.

“I think he went a bit deep and I was in Mark’s tow. He covered the inside but I had enough room to go around the outside.

“I had Mark behind me for eight laps pushing me really, really hard – we both almost ran wide – but I was able to pull away as I think he had damaged his tyres a little bit.

“The pace isn’t quite there but hopefully in the last races we can take that little step.”