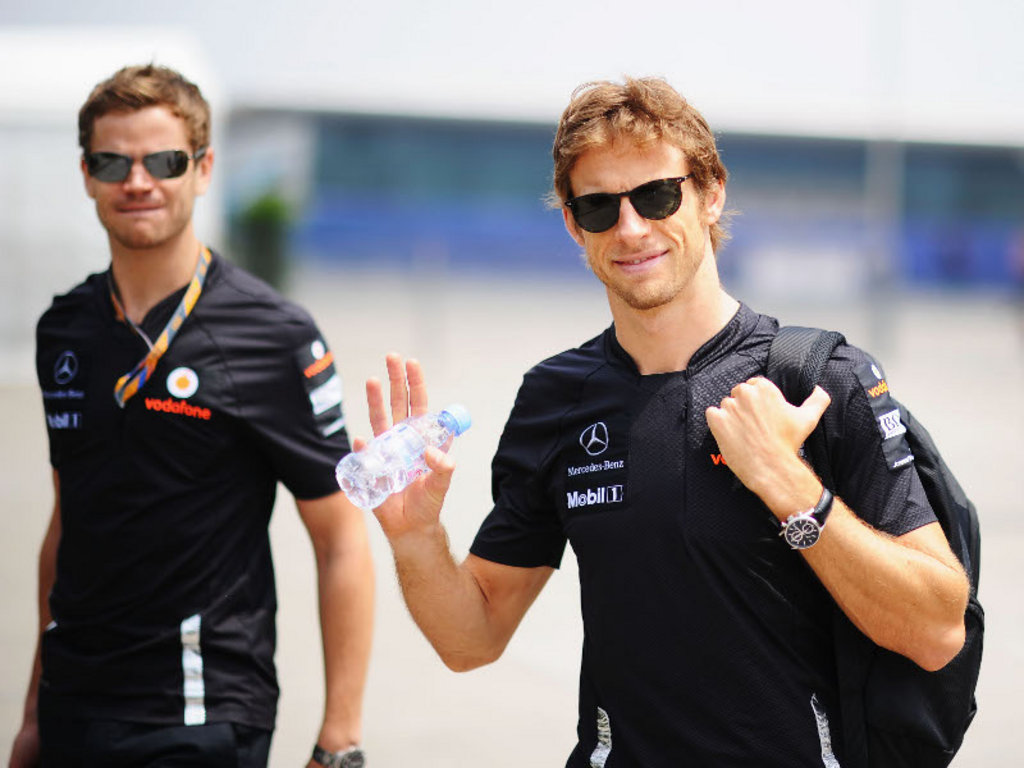 Jenson Button is optimistic the new-for-2011 Drag Reduction System will come into its own at this weekend’s Chinese GP in Shanghai.

The DRS innovation, which by means of a moveable element in the rear wing enables drivers to reach greater speeds down the straights, looked a far more useful device in Malaysia last weekend than it did at the season-opener in Australia.

A number of key passes were made when the system was deployed in Malaysia, and the layout of the Shanghai International Circuit is promising to deliver similar fare come Sunday.

The early races have witnessed McLaren locked in a battle for supremacy with Red Bull, with world champion Sebastian Vettel taking two wins from two for the Milton Keynes outfit, but Button expects the new DRS system to give rise to an intense duel at the front this weekend.

He said: “Along the massive back straight, even without DRS, I still think there’ll be plenty of opportunity for overtaking – especially if we see the same sort of close racing as we witnessed in Malaysia. If that’s where they put the DRS zone for the race, then I think we’ll see some spectacular passing – and possibly even re-passing – down that back straight.”

Button is in luck. The FIA have confirmed that the back straight is precisely where the DRS zone will be – drivers can use the device on just one part of the circuit on race day – and the Briton is confident that will help McLaren’s cause.

“Off the back of two successive podium finishes for the team, we’re not only hopeful of maintaining our finishing record, but of improving it too,” he continued.

“We’ve made no secret of our desire to take the fight to Red Bull, and we’re fully aware that stronger opposition will make it harder for them to have a smooth and uninterrupted weekend.

“As we expected, Malaysia showed that the sharp-end of the grid is incredibly competitive, and that there are at least four teams that can expect to fight for the podium this weekend.”