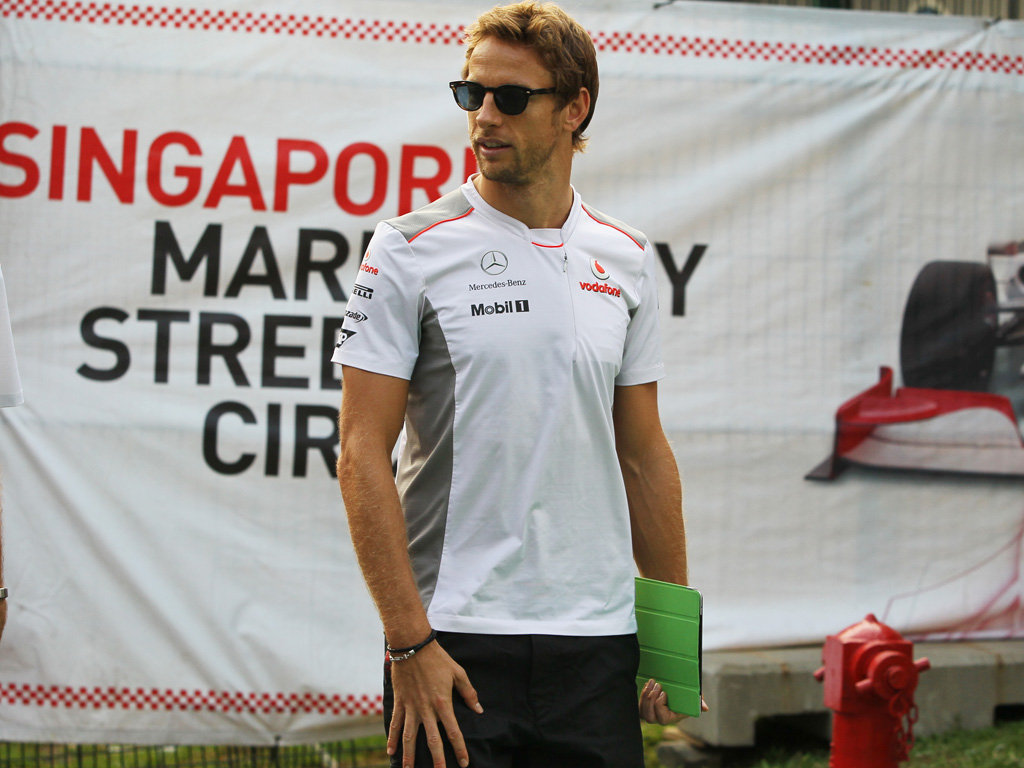 Jenson Button has warned McLaren could face a Red Bull backlash after a run of great results for the Woking team.

McLaren have been the team to beat in recent weeks, dominating Formula One as they clawed their way back into the title fights.

With three victories – and three pole positions – in as many races, McLaren are second in both Championships. Lewis Hamilton trails Fernando Alonso by 37 points in the Drivers’ Championship while McLaren are 29 adrift of Red Bull in the Constructors’ standings.

However, Button reckons his McLaren team won’t have it all their own way in Singapore as Red Bull and Ferrari will be looking to return to the top step.

“There’s no reason why we shouldn’t be competitive here – we’ll obviously be disappointed if we’re not,” the Brit told Sky Sports News’ Craig Slater.

“The last three races have been good for us.

“I think that Red Bull haven’t been as quick as we expected over the last two races, but they’ll be back here competitive again I think. And Ferrari.

“But we’ve been competitive in qualifying and the races over the last few races and that’s really been key to winning the grands prix. Saturday has been more important than we expected this year.”