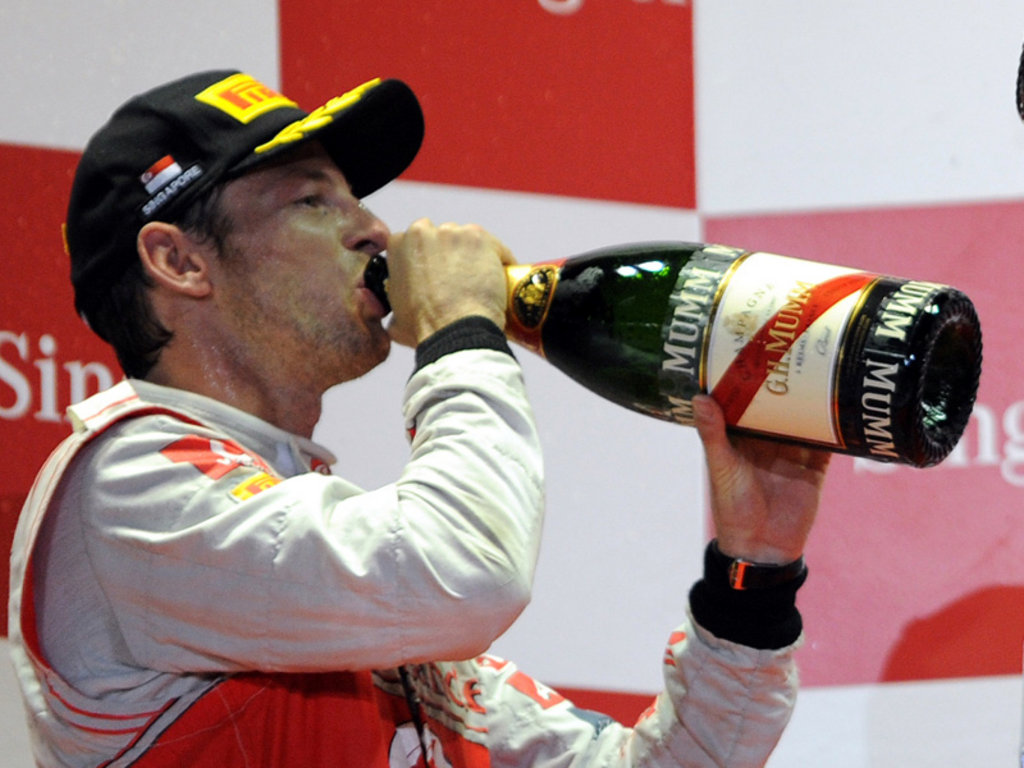 The Championship may be out of his grasp, but Jenson Button insists there is still plenty left to drive for during the final five races of the season…

The World Championship may be out of his grasp, but Jenson Button insists there is still plenty left to drive for during the final five races of the season.

Sebastian Vettel requires just one more point to become the youngest double World Champion after claiming his ninth win of 2011 at the Singapore Grand Prix.

Button, who is 124 points behind Vettel’s 309 in the standings, is determined to pick up more silverware between now and the end of the season.

“You race for wins, which is the same as we do through most of the year anyway,” the 2009 World Champion said.

“Winning races means so much to us and the whole team because it’s there and then, not spaced out over a whole season.

“It’s an hour and a half, and you either win or you lose, and when you come away with a win it’s such a special feeling.

“There’s enough satisfaction from that. Every time you win a race, no matter what the category, it’s such a buzz.

“Winning the World Championship is a far greater moment, but winning races is still very special.

“So that’s the aim, and hopefully we’ll be on top of the Red Bull at the last five races and we can challenge for those wins.

“We are behind them, and they are difficult to beat, but if anyone can it’s definitely us.”

Button has picked up 76 points in the last four races and only Vettel, who accumulated 93 from a possible 100, has scored more.

If he achieves his goal of securing more points than the other drivers during the final five races of the season then he will comfortably finish second in the standings.

“I had a goal, from Hungary onwards over the second part of the season, to beat Seb in the points. It’s going to be tricky,” he admitted.

The Briton also revealed that he was suffered from a bug on the morning of the Singapore Grand Prix.

“I don’t know where it came from, but when you do have it you’re massively dehydrated,” he said.

“I was a kilo and a half lighter than I normally am in the morning, and putting that weight back on was quite difficult.

“So I ‘Immodiumed’ up, ate a lot of pasta because carbohydrates help you soak up liquid and drank a lot of special drinks from Aki (McLaren team doctor Aki Hintsa), his salty water drinks.

“So I was good by the race, I managed to get my weight back up, and I got through it.

“I feel very proud I stopped Seb from winning the Championship in Singapore, that he was unable to celebrate it here, so I’m very happy – but we all know it’s going to happen at the next race.”