Home Uncategorized Button: F1 as good as it ever was 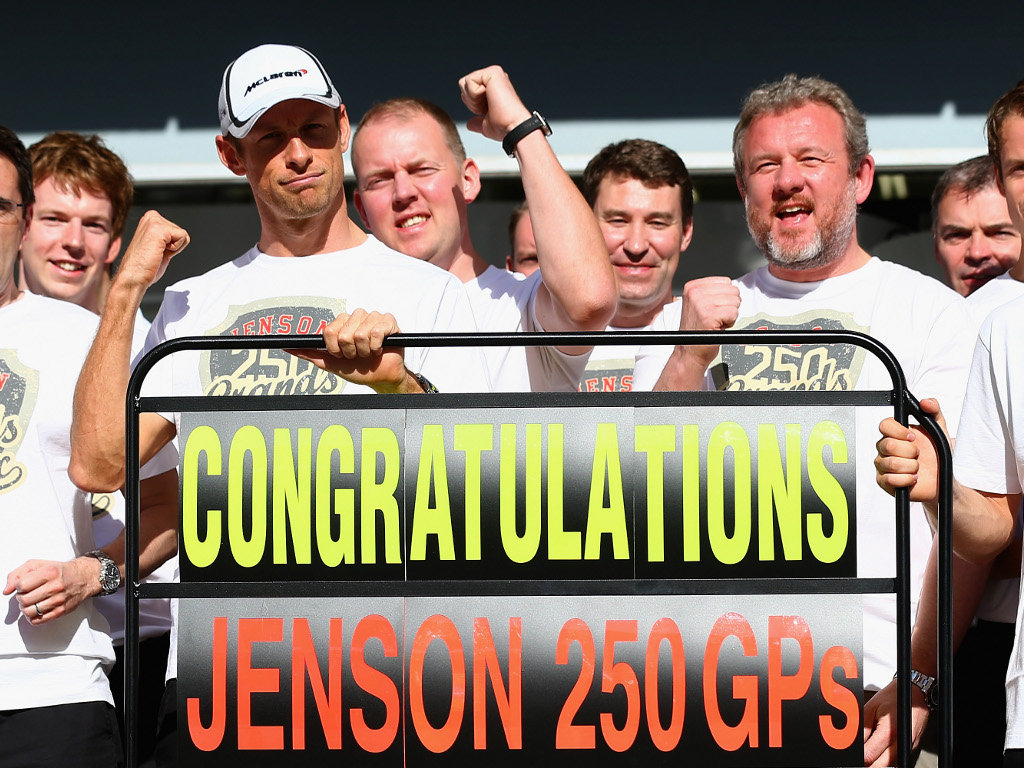 McLaren may have failed to finish in Bahrain but Jenson Button is adamant the team took a “step forward” in terms of pace.

Button celebrated his 250th grand prix at the Sakhir circuit, however, it proved to be a point-less night.

Although the McLaren driver had hoped for points, and maybe even a shot at the podium, he instead parked his MP4-29 on the penultimate lap.

It was a disappointing end for Button, who had been running well inside the top ten when his car faltered.

“In terms of pace, we took a step forward this weekend,” he said. “Moreover, our degradation was positive and I think we did a very good job understanding our tyres.

“Only one team were demonstrably quicker than us today – Mercedes – but sadly they were a lot quicker than us. Having said that, our long-run pace was very good, especially over the last few laps, so I reckon we could have raced very hard to the finish on the Primes. But unfortunately I didn’t get that opportunity.

“It’s tough for all the team, because they all worked really well and really hard. We were set for fifth place at worst and a podium finish at best, and that would have been a very positive outcome for all of us.”

There was also a big positive for Formula One as a whole as the Bahrain GP saw plently of overtaking, some tense fighting and proved to be a closely fought competition behind the runaway Mercedes drivers.

“In summary, then, there was lots of good racing out there,” Button added.

“I can’t even remember how many cars I overtook but it was quite a lot – and I think it was the same for almost everyone out there. I really enjoyed it, in fact.

“Formula 1 may have new power units and technical regs this year, but it’s clearly every bit as good as it ever was in terms of on-track spectacle.”