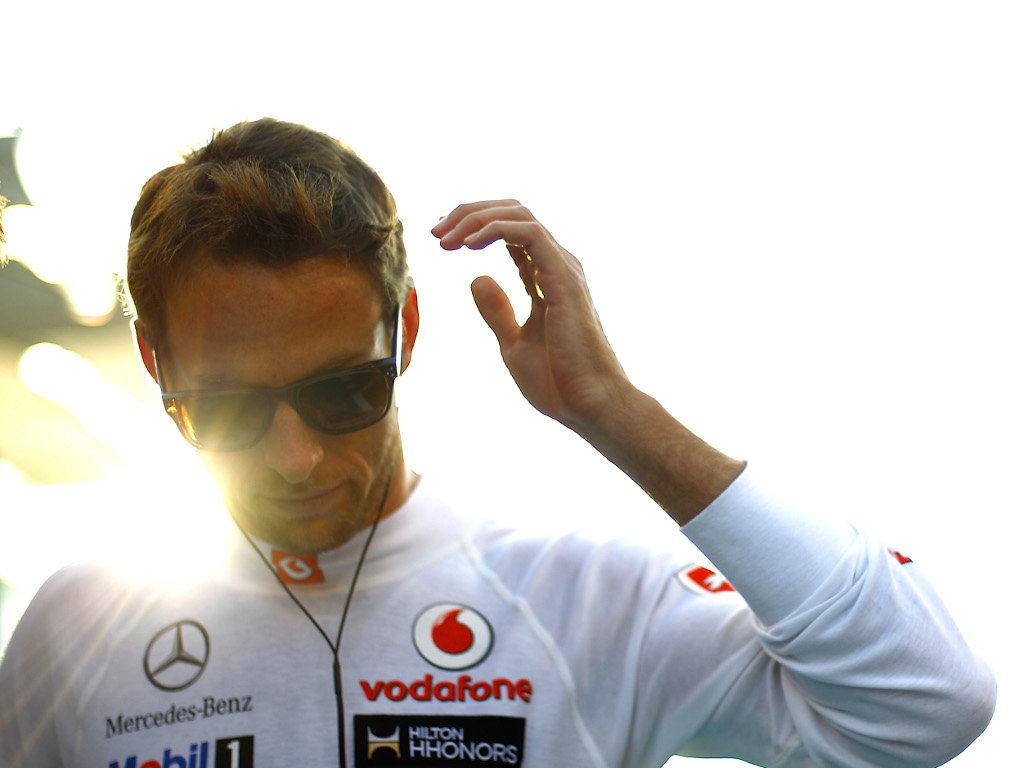 Jensen Button fears his prediction about first-corner chaos at the United States Grand Prix could become a reality.

Button was adamant on Thursday that a high grid slot was crucial for the race at the Circuit of The Americas, with its signature opening turn that runs uphill into a blind left-hander.

But the 32-year-old Brit was hit with McLaren’s latest reliability problems during qualifying as his car lost drive towards the end of the second session and will have to be content with starting in the middle of the pack in 12th place on the dirty side of the grid.

“Luckily enough I pushed on the one lap I did get in (in Q2), otherwise I would be starting 17th,” said Button.

“It’s a pity to start so far back because the car is fun to drive around here, and I love the first sector. Turns two to nine are fantastic.

“So now we’ll see what it’s like at turn one in the middle of the pack. It’s going to be tricky.

“I was there a couple of races ago and it didn’t end well for me – hopefully it won’t be the same – so we’ll see what we can do.”

“A couple of races ago” was his start from 11th place in Korea, where he did get caught up in a first-corner accident only to be forced to retire.

Even if Button does survive the first few hundred metres, he could still be in a for a tough day at the office on a track drivers say offers little in the way of overtaking opportunities.

“It’s going to be a long day because it’s not that easy to overtake here,” added Button.

“It doesn’t mean we can’t overtake as the pace of the car is pretty good.

“We’re not as quick as Red Bull, but I don’t think there’s anybody else quicker than us other than them, so we can still have fun.”

And just to add to his potential woes, Button will also be hoping that the problems with reliability that have affected both himself and team-mate Lewis Hamilton don’t resurface.

“Everybody within the team will definitely feel it, as they do with every issue. We’ve just got to make sure it doesn’t happen again.”