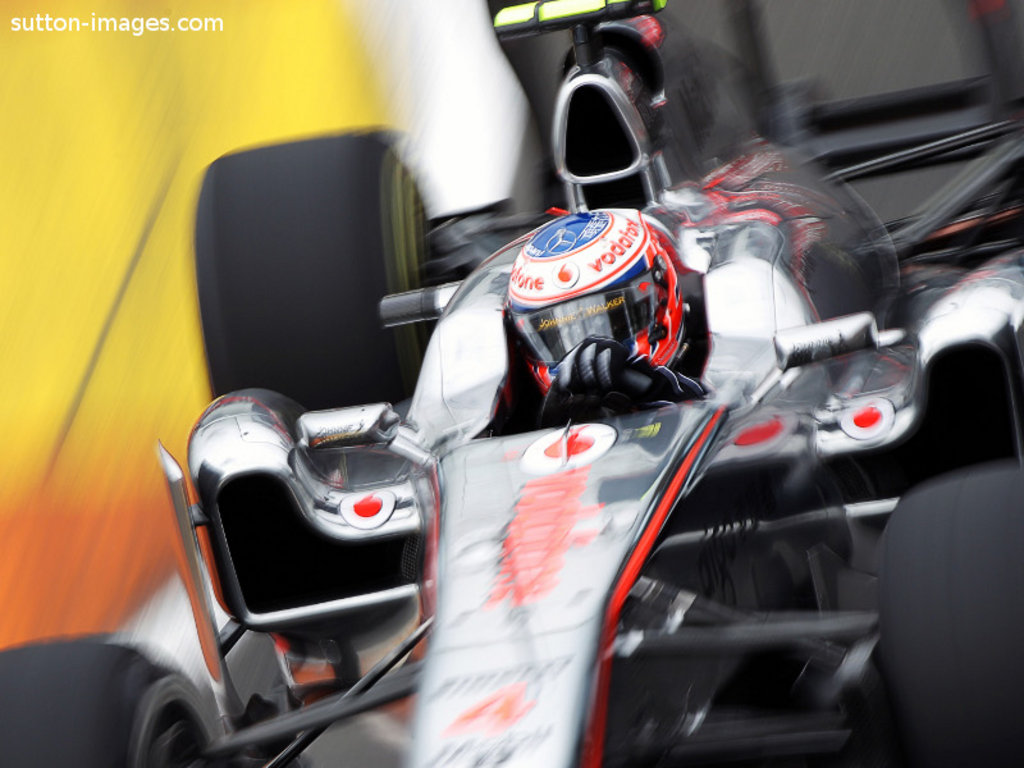 Although he has yet to start contract talks with McLaren, Jenson Button seems be set on remaining at Woking describing rumours of a switch to Ferrari as “hilarious”.

Earlier this month, reports emerged claiming that Ferrari had made enquiries about Button’s future as the team looks to replaced the beleaguered Felipe Massa.

A Ferrari source told the News of the World: “They (Ferrari) have already checked to see if he would be available.

“The team realise they need a stronger partner for Fernando Alonso than Felipe Massa if they want to win the title again.”

However, Button says the rumours are “hilarious” and “not true.”

The 2009 World Champ added that although he’s not thinking about his future, it’s only a matter of time before he sits down with McLaren to discuss the option they have on him for next season.

“We haven’t talked about it (the option) or sorted anything out, but that doesn’t mean anything at all,” he said.

“It’s not what I’m thinking about right now. We’ll talk about it at a later date when we can sit down, relax and discuss the future.

“Right now we’re enjoying the season and are very happy with what has been happening so far, and we’re looking forward to some more good races.

“We should be very excited about the rest of the year and not think about next year too much.

“We just have to keep going racing, keep improving the car and keep fighting Sebastian.”