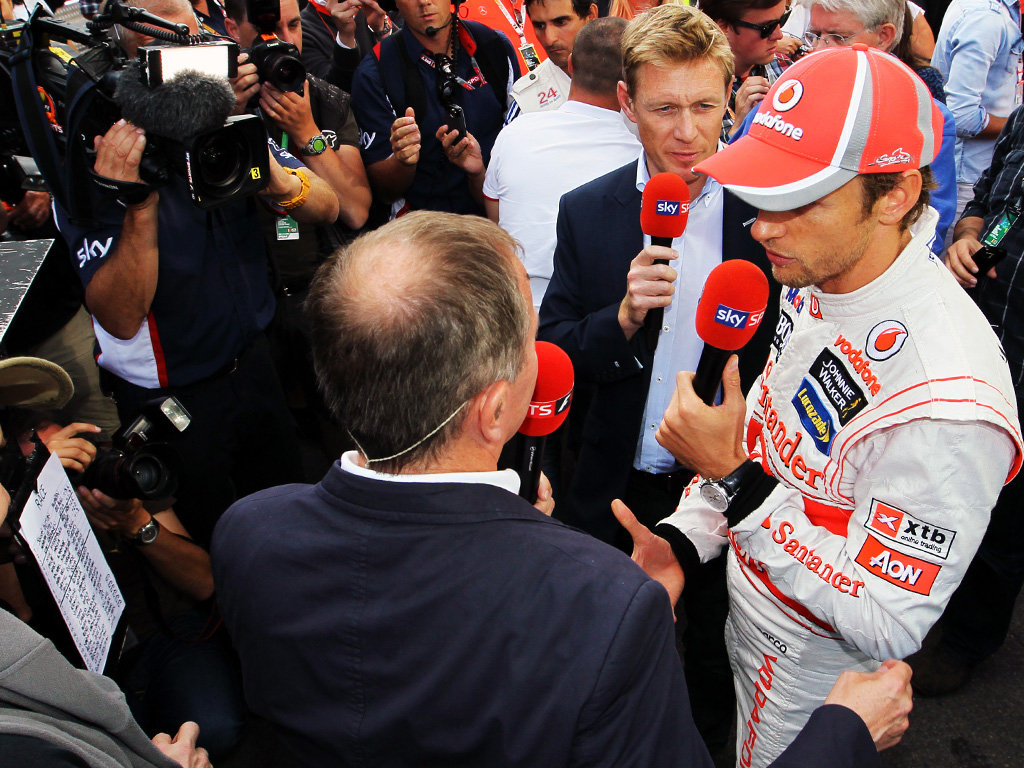 Jenson Button admits that he was left disappointed after Lewis Hamilton posted some of McLaren’s technical information on Twitter.

Frustrated be McLaren’s decision to run the team’s old rear wing in qualifying for the Belgian GP which contributed to his eighth spot on the grid, Hamilton took to Twitter to vent his frustration.

“Damn, WTF!! Jenson has the new rear wing on, I have the old. We voted to change, didn’t work out. I lose 0.4 tenths just on the straight,” he wrote.

“Nothing I could do. Now, it’s about picking up every point I can from there. Jenson should win easy with that speed.”

While the former World Champion later removed the tweets, he was at it again on Sunday, this time posting telemetry data.

While McLaren have decided not to take any action against Hamilton, Button admitted to being let down by his team-mate’s actions.

“I’ll say disappointed,” Button said of his feelings on the matter. “We work so hard to improve the car and to keep things like that private.

“I didn’t want to see it on Twitter. It was the whole telemetry from qualifying. It wasn’t just the rear wing. I was very surprised and disappointed.”

While Hamilton may have been left frustrated by the weekend’s action, Button enjoyed quite the opposite, winning the race from pole.