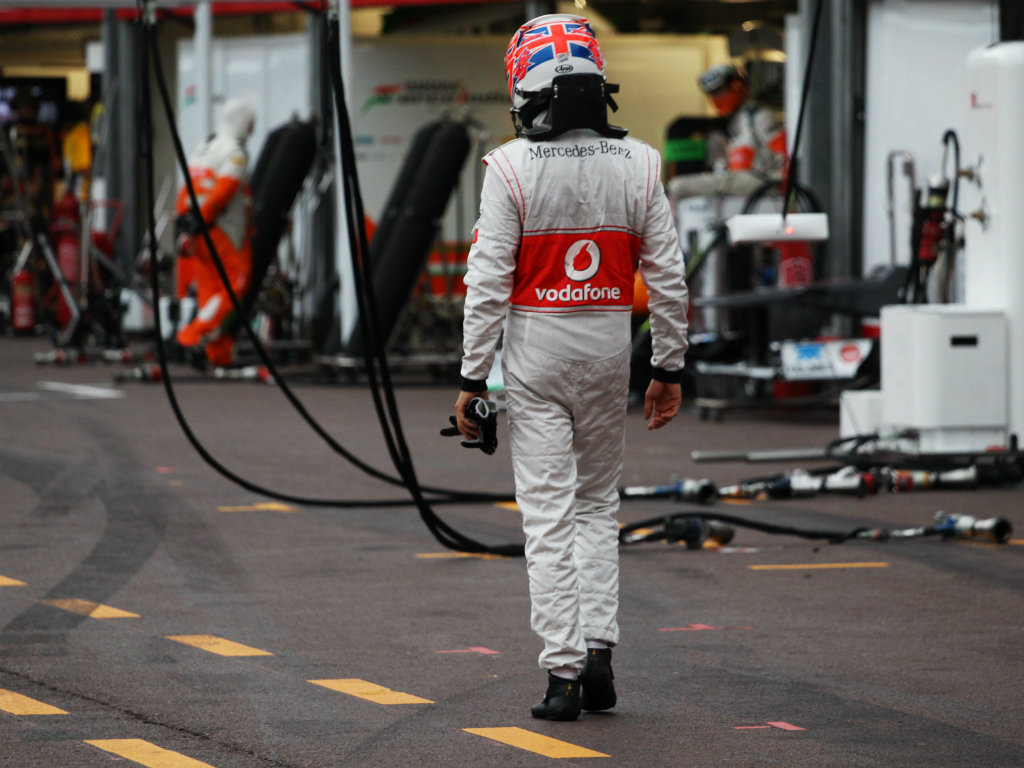 A season that started so well has turned into a bit of a nightmare for Jenson Button as he is struggling to keep up with the frontrunners.

The 2009 World Champion kicked off the 2012 campaign with victory at the season-opening Australian Grand Prix and two races later he was back on the podium following a P2 in China.

However, things have gone downhill since then for Button as he retired in Bahrain and then failed to make it to Q3 at the Spanish Grand Prix before finishing a disappointing P9.

Things didn’t go much better at Monaco this weekend as he was once again knocked out in Q2 and then found himself battling Caterham’s Heikki Kovalainen for P14 most of the race. His afternoon ended when he picked up a puncture while attempting to overtake the Finn.

Needless to say, Button is enduring his “most frustrating time” since switching to McLaren a couple of season ago.

“That’s awful, but that’s where it is right now,” he said of his recent performances.

“These thing happen sometimes, so I’ve just got to get through it and move on.

“But it’s certainly my most frustrating time with McLaren, which is a fantastic team to work for. I’ve had a great time working with them. Since I joined everything has gone amazingly well.

“After every few races the confidence stepped up a gear with the understanding of the car and working with the engineers, and even into this year, with the first race. In fact, the first three races were good, I was happy.

“But suddenly the last three races, I don’t know where the pace and feeling I get from the car has gone. I haven’t had that before.

“It’s tough, but it’s nothing we can’t sort out. We will solve the issues. It’s just whether we do it in time.”

Button, though, is confident he can turn things around and he hopes to be back to his best at Canada next weekend. The 32-year-old has fond memories of the Gilles Villeneuve circuit as he won last year’s race.

“We still think every time we do a race we’re learning,” added Button.

“We’ll have a debrief now and we’ll discuss what we’re going to do for Canada in two weeks’ time.

“There are things we think will help us work the tyres, if they work or not, make a difference, we don’t know, but we have to be positive and think they will.”

Despite his current problems, Button is optimistic that he won’t drop too far off the pace in the battle for the Championship.

He is currently 31 points behind Championship leader Fernando Alonso.

“There is no sense of panic,” he said. “Absolutely not. Because we have seen such inconsistency. It’s far too early. Panicking wouldn’t make a difference anyway.

“We obviously need to get back on track and start fighting the guys at the front but next race that could be [Lotus’ Romain] Grosjean or [Sauber’s Sergio] Perez might get another good result or [Kamui] Kobayashi or [Ferrari’s Felipe] Massa.”