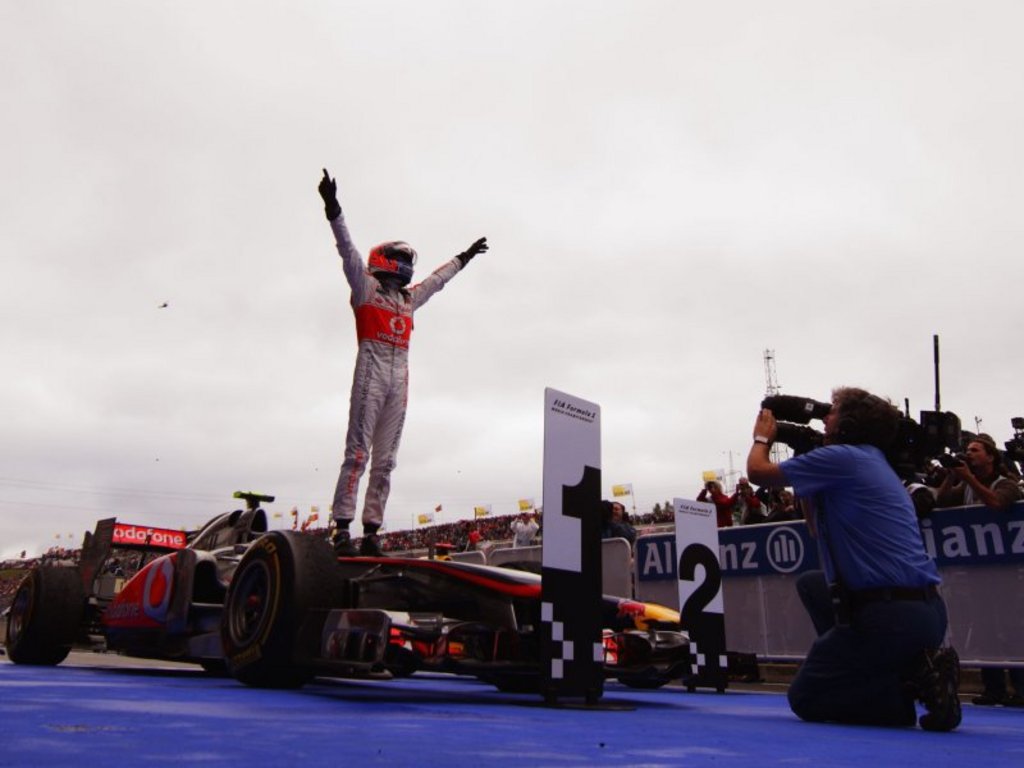 Jenson Button reckons McLaren’s recent run of success is proof that the Woking team is back at the front and ready to fight for all race wins.

After an erratic start to the Championship, McLaren claimed their first back-to-back triumphs in Germany and Hungary to head into the summer break full of confidence.

While Lewis Hamilton took the chequered flag in Germany, Button followed that up with his second win of the season in Hungary last Sunday.

The duo’s feats mean McLaren have now won four races, including three of the last five, as Button also triumphed at the Canadian GP.

And the 2009 World Champ reckons their success is proof that McLaren are now genuine contenders for race wins.

“Our race pace was very strong, but I don’t think there was much between us, Ferrari and Red Bull,” Button told his website.

“We’ve won three of the last five races and each of our major rivals has won just one apiece during that time, so we’re doing something right.

“To win with Lewis in Germany and me in Hungary proves that McLaren is pushing, developing and challenging the cars around us with genuine pace in the car.”

But whether he is a genuine contender for the Drivers’ Championship title remains to be seen.

With eight races and a total of 200 points still to play for, Button is fifth in the standings and a massive 100 points behind Red Bull’s Sebastian Vettel.

As such, the Brit concedes it won’t be easy beating the reigning World Champ to the crown.

“I’m 100 points behind Sebastian, so that’s going to be challenging, but we like a challenge!

“I never give up, so let’s see what happens. I’ll take each race as it comes and then look at the points at the end of the year.”