Home Uncategorized Button: Hamilton keeps me on my toes 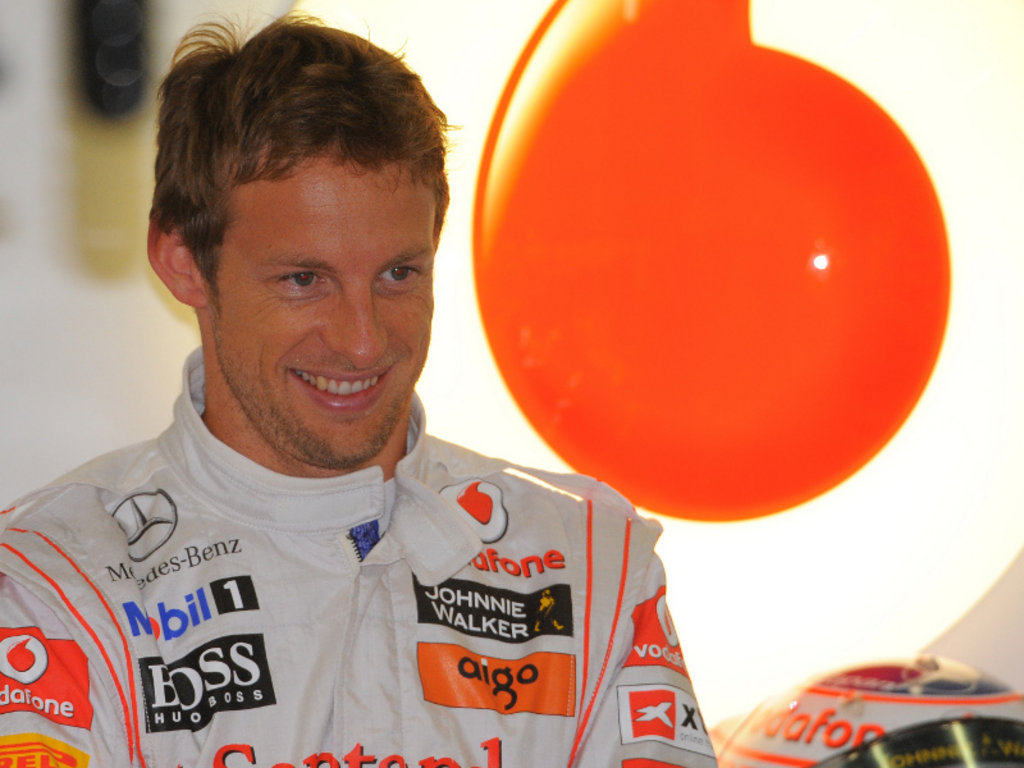 Jenson Button has revealed having Lewis Hamilton as team-mate is not “a stress-free situation”.

Button, though, has enjoyed being kept on his toes by his fellow Briton over the past 18 months since joining McLaren.

It is fair to say Hamilton has had the upper-hand, out-qualifying Button by a ratio of 19-9 in their 28 grands prix together.

In a race situation, the count is 18-10 in Hamilton’s favour, with the 26-year-old enjoying four victories compared to Button’s three, and jumping on the podium 12 times in contrast to the latter’s 10.

This season, however, nothing can separate them as they are tied on 109 points, finding themselves in the same boat as they struggle to close the 95-point gap to championship leader Sebastian Vettel.

Although the year has hardly gone swimmingly for either man, Button can have no complaints with life alongside his fellow Briton.

“As for the racing, I think we’ve had some good races, even if I’ve started behind him. I’ve been fighting with Lewis for the last year and a half.

“We both have a good feeling within the team, we give a lot of feedback, we take the car in the right direction, so it’s good having a team-mate like Lewis because it does push you.

“So it’s a good position to be in, and it keeps you on your toes, definitely.

“It’s not a stress-free situation, though, because we are both fighting and we are both competitive, but that’s not a bad thing.”

Button has long made it clear he would never accept being a bit-part player in a team, which is another reason why he enjoys equal billing within McLaren.

“Having a good team-mate is key in Formula One,” added Button.

“Some drivers like to have a team-mate who is not as quick, and I’m not saying they’re a number two driver, but someone who will play second fiddle and won’t take points off them.

“As you’ve seen this year we’ve been taking points off each other, which is not the best thing for the drivers’ championship, but it is the way it should be.

“You should have two good drivers in the team, and they should fight it out, like it has always been in Formula One in the past.”

For this season the duo face a fight merely to hang onto Vettel’s coat-tails, in particular at this weekend’s German Grand Prix where the 24-year-old will be looking to win on home soil for the first time.

After the disaster of losing his wheel in his own home race 10 days ago at Silverstone, Button is determined to triumph on another of the sport’s legendary circuits – the Nurburgring.

“This is a truly historic and equally tricky circuit and not to be underestimated,” said Button.

“You’ve got the rest of the 14-mile original layout just next door and there have been some memorable moments in the sport, both good and bad, often in the same weekend.

“Think of 1976, where James Hunt won in a McLaren, but Niki Lauda had an appalling accident.

“Or 1968, where Sir Jackie Stewart was almost blinded by mist and spray, but won by four minutes just driving from memory.

“So this is a race I’d really like to win. In my championship year I finished fifth and my best position before then was third, back in 2004.

“To be able to say you’ve won at the Nurburgring is a major achievement because it’s such a historic and challenging location.”