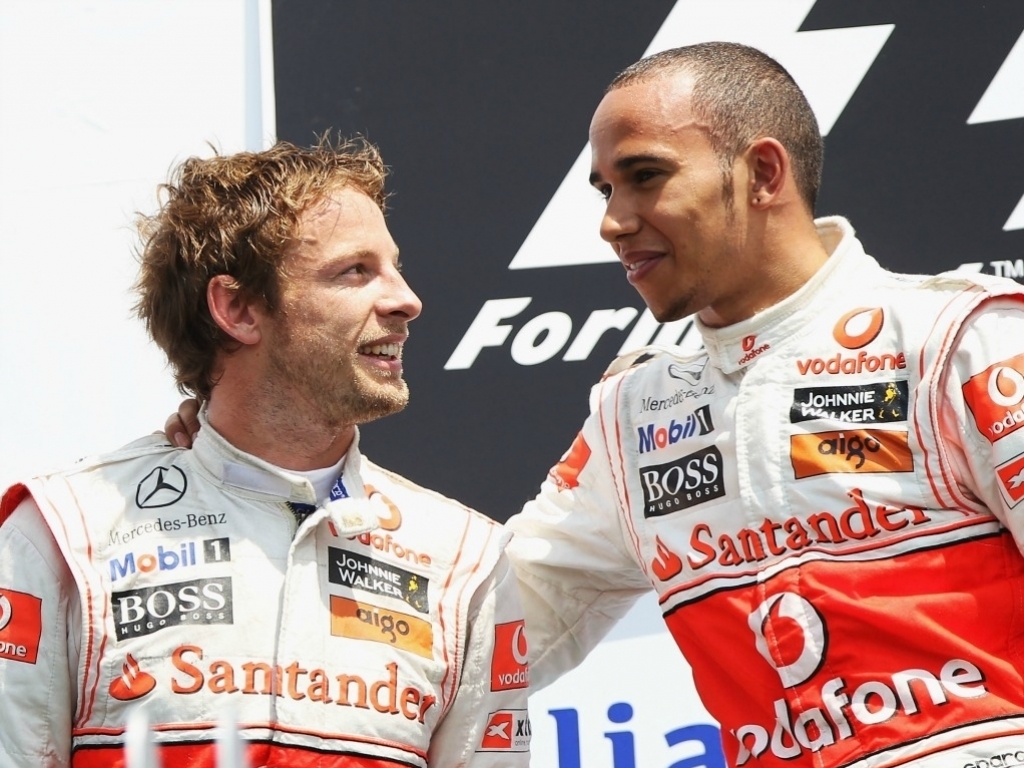 Jenson Button has described Lewis Hamilton as “a bit weird” during their time together as team-mates at McLaren.

The British duo were at McLaren together from 2010 to 2012, but Button has said their relationship was not as good as it was portrayed in the media.

“Personally, he was fine with me, no issues at all at this stage of the game, but you could just tell he was a little bit peeved,” Button said in his upcoming autobiography – Life to the Limit – when reminiscing about joining McLaren.

“That thing about it being his team? It was right on the money. And, if you ask me, he was finding it difficult to get a handle on the fact that it was our team now.”

Button felt he had a lot in common with Hamilton, but it still led to a lot of uncomfortable moments between the pair.

He added: “As people, we had a lot in common. There was our shared karting history, not to mention the fact that his dad was a customer of my dad.

“And, unlike a lot of drivers in Formula 1, neither of us came from an especially wealthy background; we’d achieved what we had through talent and a lot of grafting.

“When we spent time together it was nice, and he’d always strike up a conversation with dad, and we’d hang out a bit.

“But at the same time there were an awful lot of awkward and uncomfortable silences, and often I’d think: ‘What’s going unsaid here?’

“I regretted that despite our similarities, we were never really friends.”

Button, though, did praise Hamilton for how he has developed throughout his Formula 1 career.

He said: “He’s matured, become a bit of a statesman and a great representative of the sport.”