Home Uncategorized Button happy after giving it his all 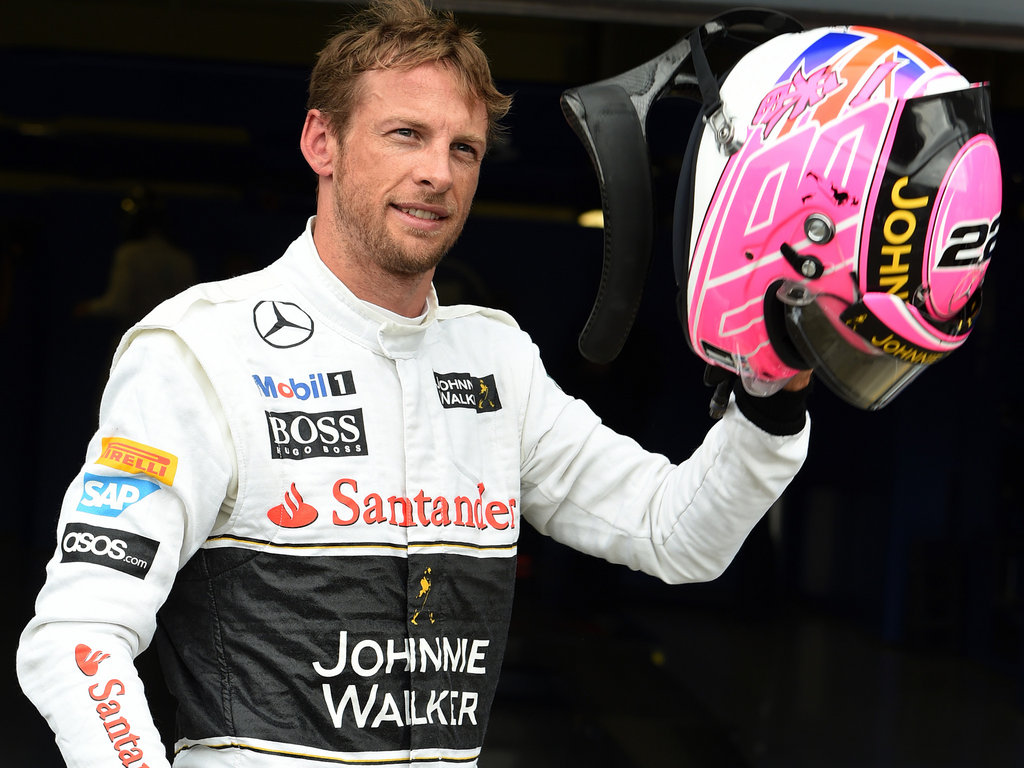 It was a case of so close but yet so far for Jenson Button as he just missed out on a podium at the British Grand Prix.

In 14 previous starts Button failed to finish in the top three at Silverstone, but he did the hard work in qualifying on Saturday and started the 2014 edition third on the grid.

His McLaren was up to second during the opening few laps, but he eventually slipped back and although he pushed hard in the end, he finished fourth behind race winner Lewis Hamilton of Mercedes, Valtteri Bottas of Williams and Red Bull’s Daniel Ricciardo.

Another lap or so, though, and he may well have finished on the podium as the gap between to Ricciardo was the narrowest of margins at the end of the race.

“0.8 seconds [behind Ricciardo] is not a lot. I gave it my all. It’s difficult when the race engineer says give it your all but you have to save fuel too,” he told BBC Sport.

“But it’s not so bad finishing fourth so we should be pleased. It’s a step forward and we should enjoy the points.

“I did not make it difficult for Lewis. You have to be careful in that situation or you’d lose time.

“I said before if I did not win I hoped it would be Lewis. I’m just disappointed I was not up there with him.”