Home Uncategorized ‘Button held his own against Hamilton’ 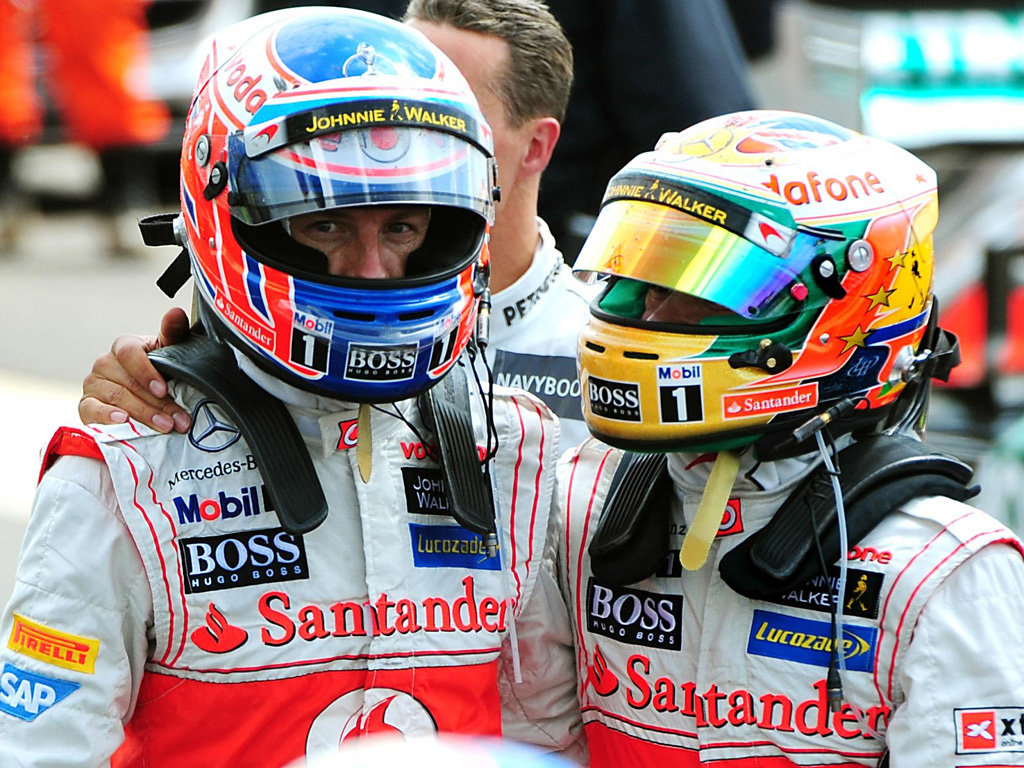 Jenson Button is the big winner in the battle of the McLaren team-mates, so says former F1 driver turned commentator Anthony Davidson…

Jenson Button is the big winner in the battle of the McLaren team-mates, so says former F1 driver turned commentator Anthony Davidson.

Joining McLaren from Brawn GP at the start of the 2010 season, many expected Button would be swallowed up by his team-mate Lewis Hamilton.

However, instead the 32-year-old has proven to be a match for his younger compatriot.

Having come second to Hamilton in their first season together in 2010, Button made it one apiece the following year.

He finished second in the Championship on 270 points and with three wins to his name. Hamilton also had three wins but was fifth with 43 points less.

This season, Button has just two wins and 131 points while Hamilton has three but is only 22 points ahead of his team-mate.

The tussle between the two has led Davidson to proclaim Button the big winner in his three seasons alongside Hamilton as matching the much-lauded 2008 Champ has raised his stock.

“I was not one of those who felt Jenson would be blown away by Lewis,” Davidson told the Express.

“After Jenson won the title in 2009 with Brawn some people said it was down to the car so he wanted to go up against Lewis.

“As Lewis leaves, Jenson is a solid equal not just in terms of results and reputation but also the way he has blended with the team.

“You cannot underestimate how hard it is to join someone else’s team and establish yourself. But Jenson has done that.