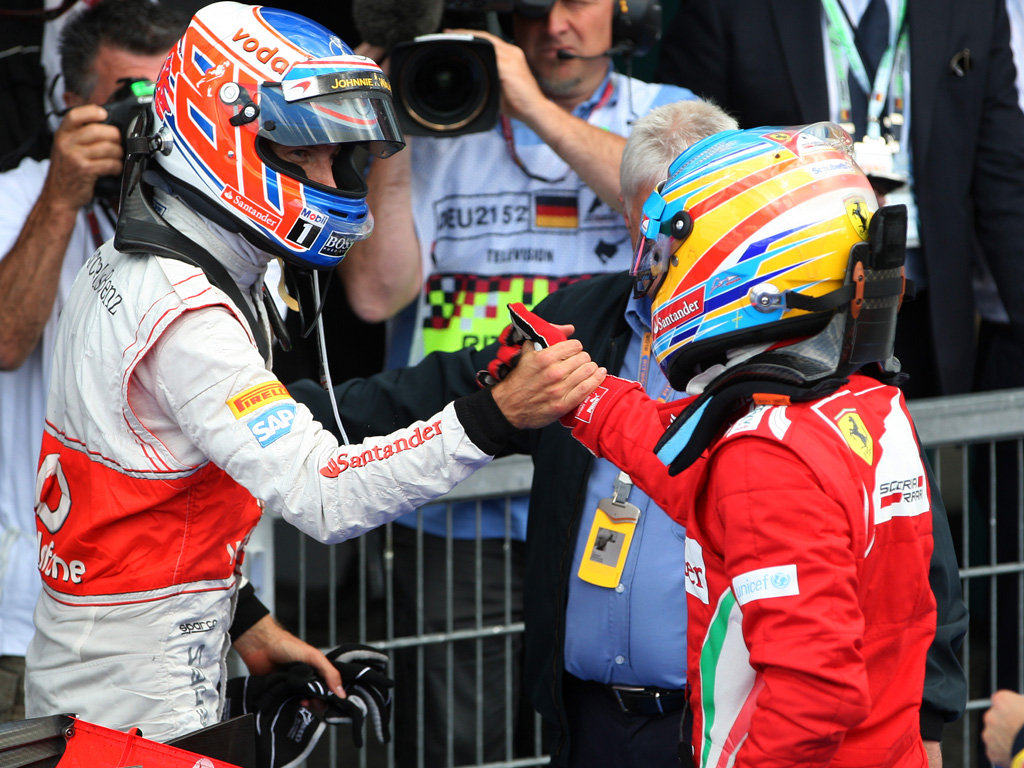 Jenson Button hopes Ferrari “get a little bit of bad luck” over the next few races to stop Fernando Alonso’s title charge.

Alonso has opened a handy 34-point lead at the top of the Drivers’ Championship after picking up 111 points from a possible 150 in the last six races.

Button, who got his campaign back on track with a second-place finish at Sunday’s German Grand Prix, believes lady luck has certainly smiled down on Ferrari in recent times.

“Fernando has been phenomenal these last few races, he has done a great job,” the McLaren driver said.

“But it could easily go so very wrong. If you have one bad race where you don’t finish, you get to the next and think ‘I have to get back up there’, only for you or the team to make a mistake.

“I’m not saying Ferrari are going to make mistakes. I’m just saying you never know, that when it gets difficult, what can happen within a team.

“We just have to hope they do get a little bit of bad luck like we’ve had.

“At the moment you can’t see it happening, but it could easily do so in the next race because Ferrari are not on their own.

“They have us and the Red Bulls who are competitive, and if we all do a good job that could mean him finishing fifth, or even worse with Lotus also in the mix.

“It could easily turn around for him, but at the moment, I must say he is doing a great job and he deserves to be where he is.”

Button’s P2 at Hockenheim ended a frustrating spell for him as it was the first time since the Chinese GP that he has managed to get on the podium.

“There is relief, but I now feel much happier and more confident going into the second half of the season,” said Button.

“I know the results in Valencia and Silverstone were not good, but I felt in myself I was getting the best out of the car.

“Germany was another step again in the right direction, although the difference now is the car is working, and we’ve done a very good job with the upgrades.

“Whether future circuits suit us or not, who knows? We should just take this as a good result, a good step forward, and hopefully it will help us fight for the next few races.”