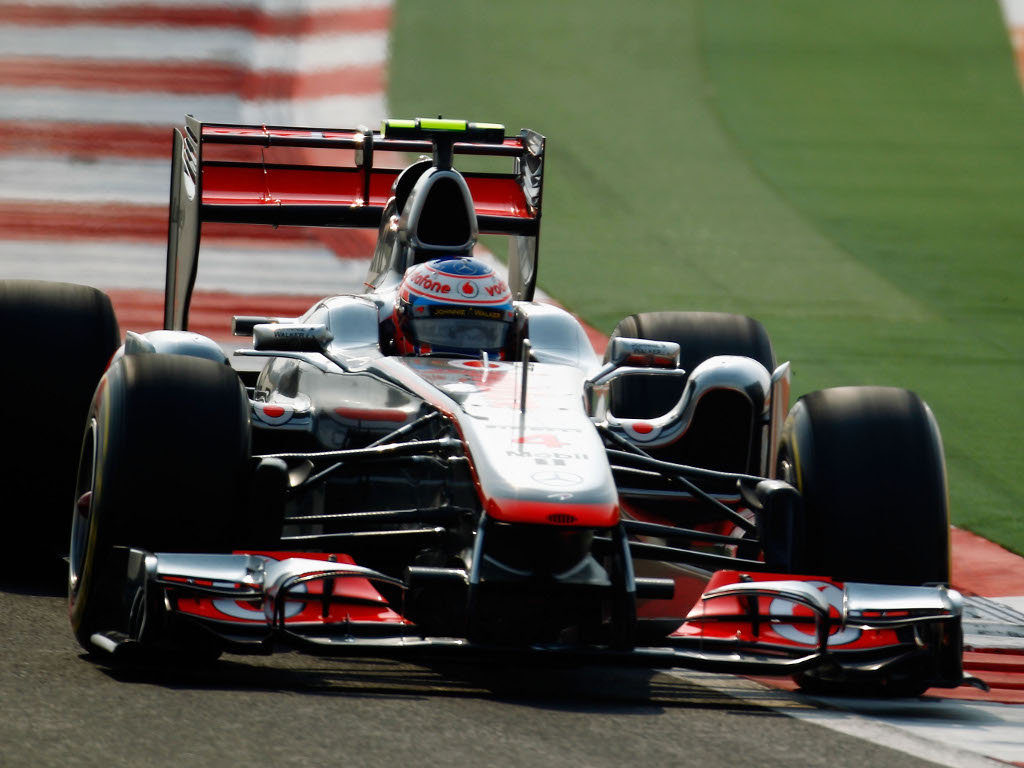 Jenson Button is hopeful that he won’t have a repeat of Saturday’s problems during Sunday’s Indian Grand Prix.

Jenson Button is hopeful that he won’t have a repeat of Saturday’s problems during Sunday’s Indian Grand Prix.

The Briton struggled to find the sweet spot with his tyres which forced him into using an option tyre to ensure his progression into Q2.

“The car felt great this morning but I couldn’t find any grip this afternoon, particularly on the Prime tyre. So we need to work out why we can’t find that balance because I want to try to improve things for tomorrow,” he explained.

“I hope I can take the car I had yesterday, as opposed to the car I had this afternoon, into the race. It felt stronger on high-fuel during Friday running, so hopefully we can find that again tomorrow.”

However, it wasn’t only the tyres that hindered the former World Champion as he put in his final flying lap just as Felipe Massa crashed his Ferrari.

Massa, who was also on a flying lap, broke his suspension as he took too much kerb at Turn 9. The Brazilian then went off the track and into the barriers bringing out the yellow flags.

But as the flags were waved, Button came flying by to post a 1:24.950, which put him fifth on the timesheets and fourth on the grid due to his team-mate Lewis Hamilton’s three-place penalty.

“I struggled with traffic all afternoon – it was difficult to find a clear lap, and, when I did, I’d taken too much out of my tyres already.

“On my final run, I saw Felipe [Massa] heading into the gravel as I came up to him. I definitely would have been quicker on that run, but I got into the yellow flag zone, saw his car, spotted the smoke and backed out of it a little bit. I definitely lost time in the sector – the data showed that I was 14km/h down in fact.”

While no official comment was made by the FIA regarding the incident, the provisional grid was confirmed with Button retaining the fourth place he secured as a result of Lewis Hamilton’s grid penalty.