Home Uncategorized Button: I can still win the title 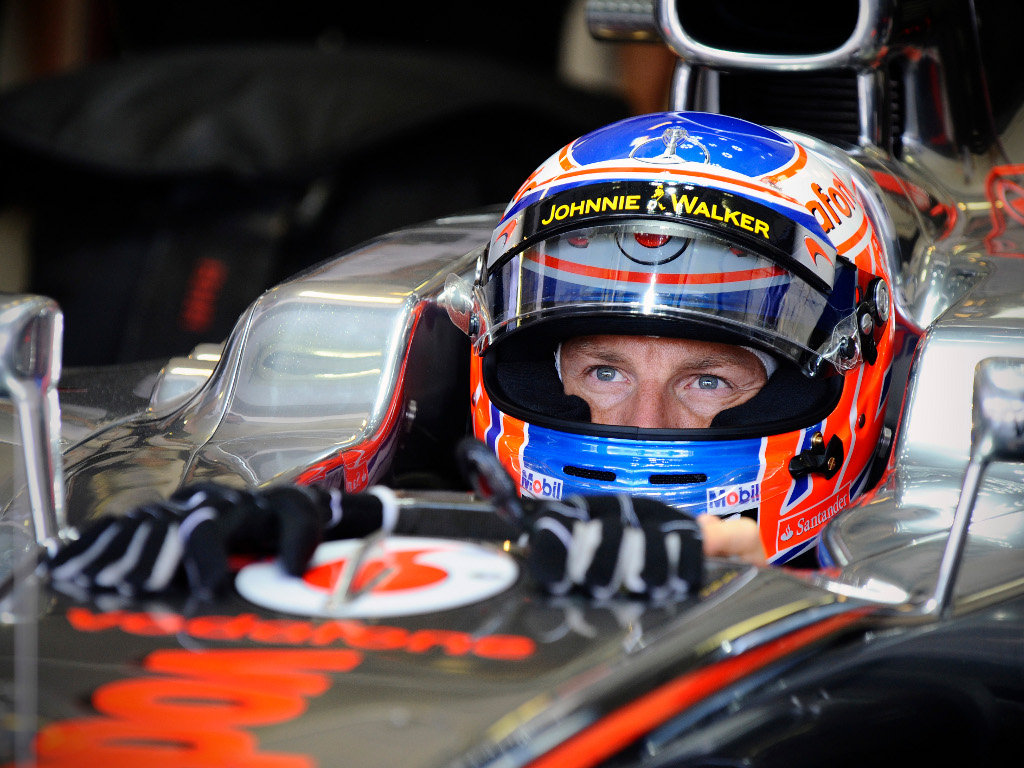 Jenson Button has refused to entertain the idea of supporting Lewis Hamilton, confident he can still win this year’s World title….

Jenson Button has refused to entertain the idea of supporting Lewis Hamilton, confident he can still win this year’s World title.

Although Button started this campaign on a strong footing with the win in Australia, the McLaren driver’s challenge has since slumped.

Struggling as the season progressed with the set-up of his McLaren and the Pirelli tyres, Button has achieved just two podium finishes since Australia.

As a result the Brit is down in seventh place in the Drivers’ Championship, 88 points behind Fernando Alonso.

He’s also 41 adrift of Hamilton, which has prompted questions about whether he would be willing to switch his focus to supporting his team-mate’s campaign.

“I don’t think the team will actually ask me to do that,” he told Sky Sports when the question was raised.

“I personally feel that until I can’t win the Championship there is a chance, you really do never know.

“But, I am also a team player and it is very important for the team to win the Constructors’ Championship and that is one of our biggest aims this year.

“The last few races have been very good for the team, I got a second and Lewis got a win. I feel that the upgrades on the cars for those races have really, really helped us.

“I think it was great before this summer break having those results because coming back the team are going to feel really confident – particularly the mechanics and the guys doing the pit-stops who are doing a wonderful job.

“I think it will make a big, big difference when we come back and race in Spa.”

The Brit also reiterated his team’s opinion that it is no longer a three-team race with Lotus joining McLaren, Red Bull and Ferrari in the title hunt.

“It has been a pretty amazing season in terms of race winners and teams mixing it at the front,” said the 32-year-old

“I think the fans really like that the smaller teams are mixing it with the bigger teams.

“Lotus have been strong and I don’t think we have seen the best of them yet – they have a really good chance of winning races in upcoming few races.”