Home Uncategorized Button: I like my future to be open 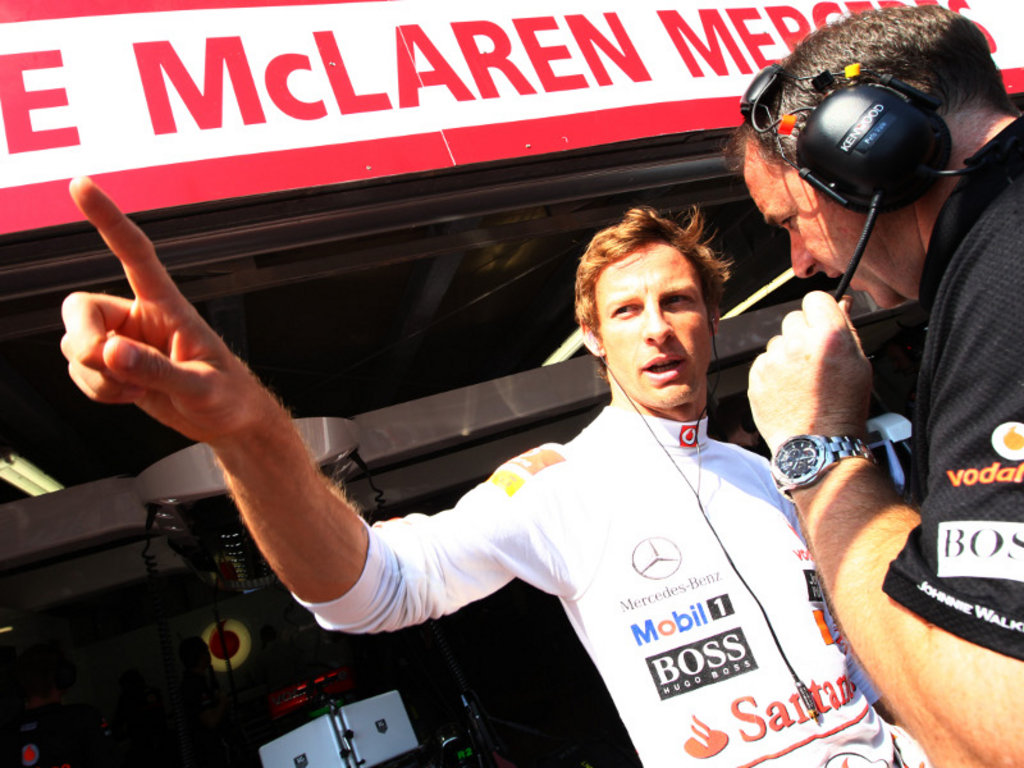 Jenson Button insists he harbours no desire to sign a long-term contract with McLaren despite many of his rivals securing their futures.

Earlier this year, Red Bull signed Sebastian Vettel on a long-term deal with Ferrari later announcing that they had signed Fernando Alonso until 2016.

This prompted reports that McLaren could offer both Button and his team-mate Lewis Hamilton lucrative contracts in order to secure their long-term futures.

However, Button insists he would prefers to keep his future open.

“For me, it makes no sense to sign a long-term contract,” the McLaren driver told Switzerland’s Blick newspaper.

“I don’t know how I’m going to feel in a few years. I can’t imagine racing at 40, I just want to race for as long as I can win.

“I’ve not had any calls about my future – McLaren has an option on me for next year, that’s all I know. Many of my colleagues don’t hesitate to secure for the long term, but I like it when my future is open.”

Meanwhile, in an interview with the Daily Mail, Button spoke of his relationship with his McLaren team-mate.

“We don’t spend any time together,” said the Brit. “It is the easiest way, really.”

He added: “We get on but we still want to beat each other and that is always going to be the way. We are very competitive people.

“For me, coming to this team, it was exciting to work with Lewis because he is one of the fastest drivers Formula One has ever seen.

“That is a challenge and I am strong enough to take that challenge. If I didn’t feel comfortable with my ability I wouldn’t have made the move to McLaren.”

Button, who is currently second in the Drivers’ Championship, 60 points behind Championship leader Sebastian Vettel, insists he would love another opportunity to fight for a World title.

“I don’t know if we are all the same but I think we will always want more than we have got,” he said.

“For someone to be content with what they have is very unusual and, if they have that, it is a quality. I am not there yet.

“If I didn’t win another Championship, I wouldn’t leave Formula One and feel I had missed out, that I hadn’t achieved what I wanted to.

“But, at this moment in time, I would love to fight for another Championship. I am not going to give up until I either get bored of racing around in circles in Formula One cars or I am not quick enough.

“I realise that I am doing something that I absolutely love.

“I feel very happy about what I have achieved and I also feel very lucky to be in the position I am, to be in a great team and also to be good at what I love doing.”