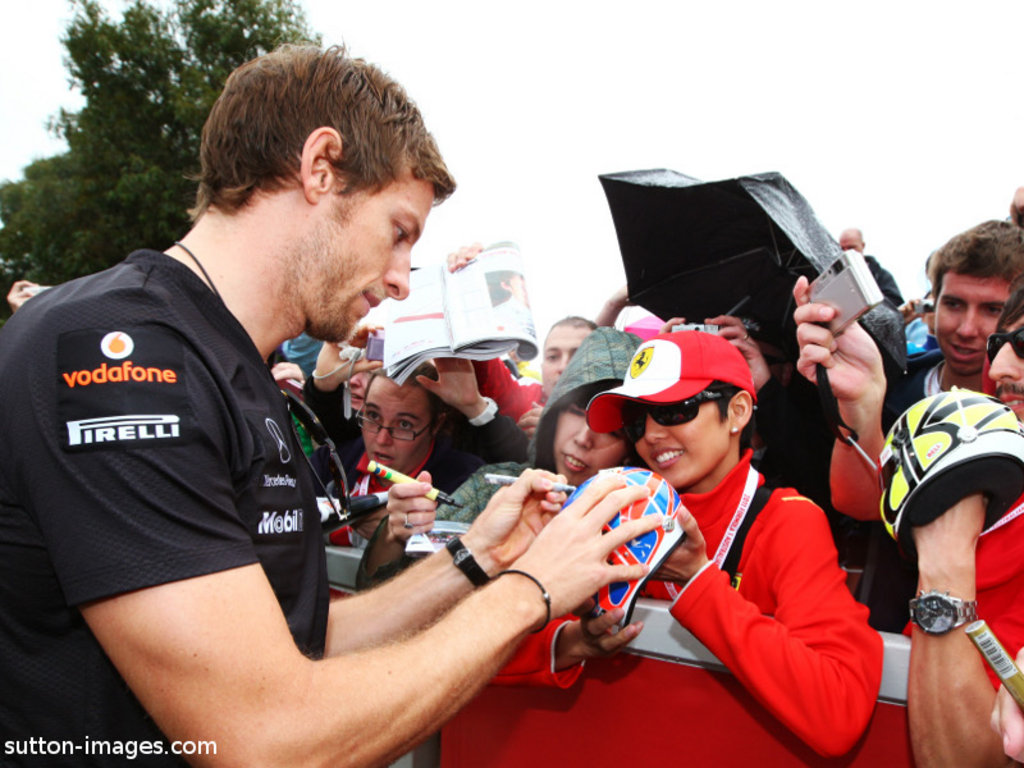 Jenson Button firmly believes he is working with the best manager in F1, but has no doubts Lewis Hamilton has taken the right route for his career…

Jenson Button firmly believes he is working with the best manager in F1, but has no doubts Lewis Hamilton has taken the right route for his career.

In ending a year without guidance after splitting from his father Anthony as manager, Hamilton opted for a global brand by signing with Simon Fuller’s XIX Management last month.

Hamilton has made it clear he is looking at life beyond Formula One come the day he eventually chooses to hang up his racing gloves.

At the age of just 26, that day would appear to be some way off yet, but Hamilton is determined to at least sow seeds that can be reaped in the future, potentially moving into acting or music.

Button, who has worked with just one man to oversee his affairs in Richard Goddard for the last few years, can appreciate Hamilton’s decision.

“I have some ideas what I want to do in the future, but you have to be very careful in looking too far ahead. You have to live in the moment,” he said.

“For Lewis, he is going to be racing in Formula One for a long time – I’m hoping he is anyway. He should be.

“He’s an exceptional talent, but he obviously needs someone looking after his business side.

“He does his talking on the track, and I think he is growing as a driver, as a person. He is definitely growing the right way.

“But I hope it all goes well with Lewis. He obviously took his time to find his management.

“He feels comfortable with them, so fair play to him, and I hope it works out for him.”

Button concedes it has taken time for him to develop the right team around him because along with Goddard there is his father John, trainer Mikey Collier and girlfriend Jessica Michibata.

Whilst his dad and Michibata, in particular, provide the emotional support, Goddard is the man who straightened out Button’s personal business affairs after a couple of years when he was all at sea.

“I’ve had my good and bad experiences of working with managers,” added Button.

“He is a very good friend of mine, and he has my best interests at heart, and for me that is very important.

“I’m in a very lucky position, but it’s taken me a long time to get to this position.

“Other people I’ve worked with in the past – I’m not saying they were bad people – but sometimes it didn’t quite go in the direction I expected it to.

“But working with Richard has been a dream come true, and now I have a great family of people around me.

“I have Richard, Mikey, who is a great friend of mine and we have worked together for a few years now, my old man, then Jessica comes to a few races, and a few of my friends.

“For me to have those people around me, it makes me so much more comfortable, and I arrive at a circuit every day thinking how lucky I am to have them with me.”

At least Button is also in a far more comfortable position on the track too heading into this weekend’s Malaysian Grand Prix.

Although incurring a drive-through penalty in the season opener in Australia 10 days ago that resulted in him finishing sixth, Button left Melbourne a relieved man that McLaren had at least got their act together.

McLaren dropped the radical exhaust system that proved costly in pre-season and installed a far simpler design that at least hauled Button and Hamilton up the grid.

Reigning champion Sebastian Vettel was still a runaway winner down under, however, and Button is concerned the German could again prove unbeatable in Sepang.

“All the team were very happy with our performance in Australia,” said Button.

“It was good to see we had some pace, and Lewis did a very good job of coming home second.

“But I still think we are a long way off the Red Bulls. I’m not sure they are showing their true pace, especially Sebastian.”