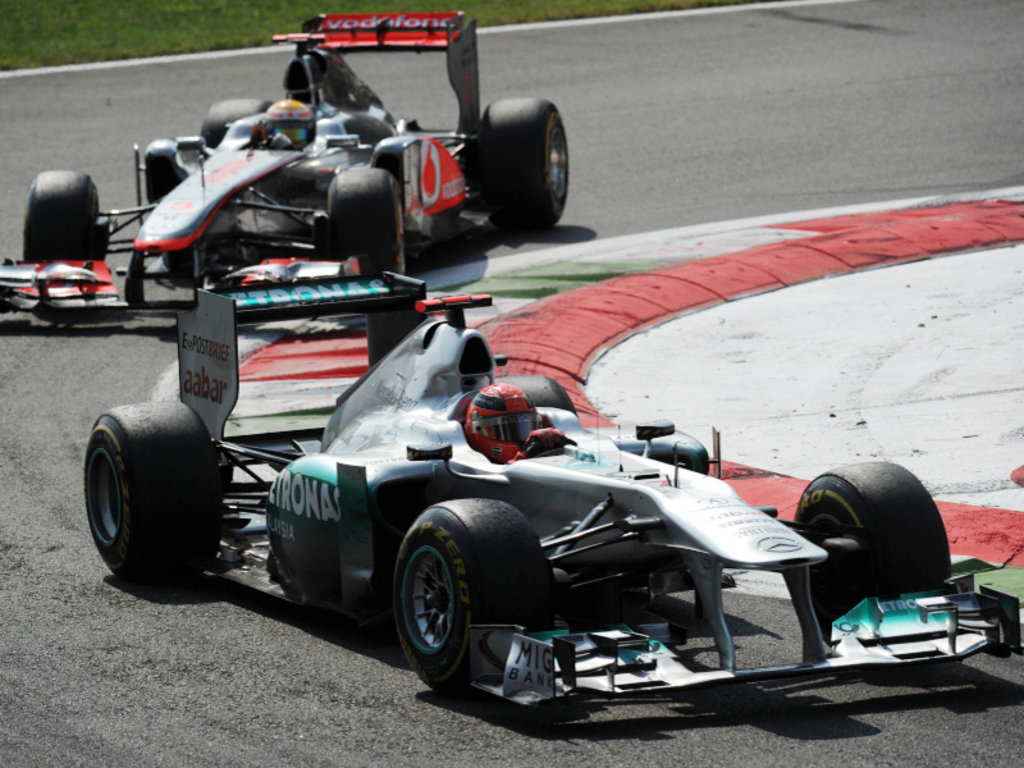 Jenson Button reckons Michael Schumacher wasn’t “all that bright” in his blocking against Lewis Hamilton in Sunday’s Italian GP.

Hamilton found himself stuck behind the Mercedes GP driver for the better part of 28 laps at Monza, unable to make a passing move stick.

The McLaren driver did succeed in overtaking Schumacher on lap 13 through Parabolica only for the German to retake the position around the Curve Grande.

However, his next attempt, which was on lap 21, resulted in Schumacher pulling a dubious double move to defend his line.

But while Hamilton put Schumacher’s double block down to “racing” but it seems the rest of his McLaren team are much more indignant about the lack of penalty.

“I thought he (Schumacher) was moving quite a bit with Lewis,” said Button, who was also briefly behind Schumacher before making the pass and racing to second place.

“I had such a good run on him and came on him so fast that he couldn’t move a lot, it would have been very dangerous.

“But with Lewis he was moving across to the left and then to the right, which I don’t think was all that bright.

“Fair enough, he was coming out of a corner on to the straight but why didn’t he keep to the left? He always went to the right, then left and back to the right.

“Not exactly what we agree is one move. Maybe he has just lost his memory.”

Schumacher’s moves were noted by the FIA, who issued the driver with a warning, telling him to “be careful”.

However, McLaren’s team boss Martin Whitmarsh reckons Schumacher’s driving and the lack of penalty against the Mercedes GP was “pretty harsh.”

“I felt it was pretty harsh,” he said. “I’m not the least impartial person, but the fact is he was warned twice, and the one where he had Lewis on the grass was as scary as hell.

“Lewis complained a few times, but in a very calm way. His job is to do that in case the stewards don’t see anything.

“I think it was heartfelt anyway, also sincere and reasonable.”

Related Links
Schumacher: No stewards so no issues
Hamilton: It was racing