Home Uncategorized Button: It will be tricky for Perez 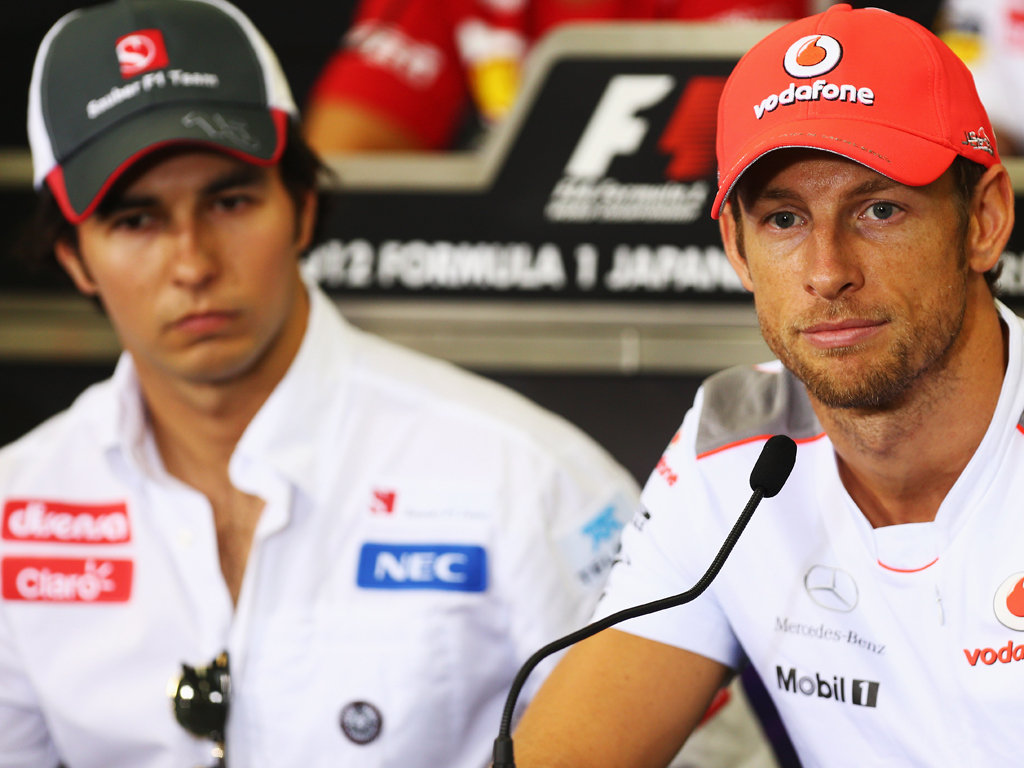 Jenson Button believes it is unlikely that Sergio Perez will be challenging at the front of the grid at the start of next season.

The 22-year-old Perez will partner up with Button at McLaren next year after the Woking squad decided to sign him as Lewis Hamilton’s replacement.

However, the Mexican haven’t had the best of times since it was confirmed that he will swap Sauber for McLaren as he has failed to score points in the last five races while he has also been involved in quite a few collisions.

Button admits he his future team-mate has big shoes to fill and will take time to adapt, but he is hoping for a “surprise”.

“It’s going to be a tricky seat for Checo to fill. Lewis is a guy who has won the World Championship and had so many wins and races with this team,” he is quoted as saying in The Guardian.

“It is a massive ask but what else can you do? You need to have someone in the car and he is quick. I’ve heard he’s intelligent too.

“I don’t know if he will be up to it straight away. He is going to be spending a lot of time in the UK at the factory.

“We will see what happens and I have a feeling he will be competitive, but of course he doesn’t have the experience and I don’t think he will be fighting at the front at the start of next season, but we might be surprised at the first race.”