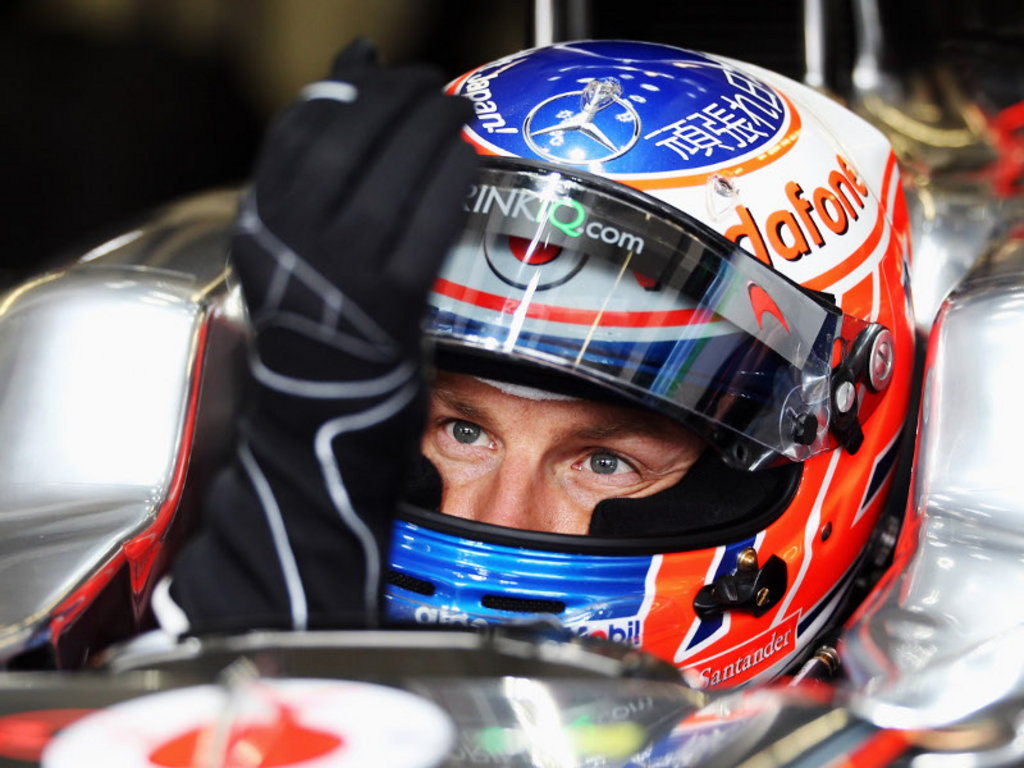 Jenson Button says he’s “pretty happy” with how things went on Friday even if he did feel like a “motocross” rider.

Button was one of the very late starters on Friday, opting to sit out most of the wet opening session. In fact, the Brit only went out in the final minute and finished at the bottom of the timesheets.

But it was a different story in the dry in the afternoon.

Button was immediately on the pace, fighting with his team-mate Lewis Hamilton and the Mercedes GP pairing for the top position. And when the session came to an end, it was Button on top by 0.065s over Merc’s Nico Rosberg.

“The car’s been working reasonably well – there are always things you want to improve, but we’ve made some good progress and have a lot of useful data to go through.

“We haven’t put everything on the car that we wanted to this weekend, which is disappointing, but we still have some useful upgrades so it’s nice to keep moving forwards.”

The Brit, though, revealed it wasn’t always a case of moving forwards, sometimes he also moved upwards due to the bumps on the Istanbul track, which he likened to motorcross jumps.

“Trying to get the car to ride the bumps well into Turn 12 has been difficult, but we improved it through the session.

“Turn 12 is really bumpy – it’s like they put a motocross jump in there!

“And Turn Eight’s quite tough too because, depending on your balance, it can damage the front and rear tyres.

“It’s about getting the balance right, which we concentrated on today.”