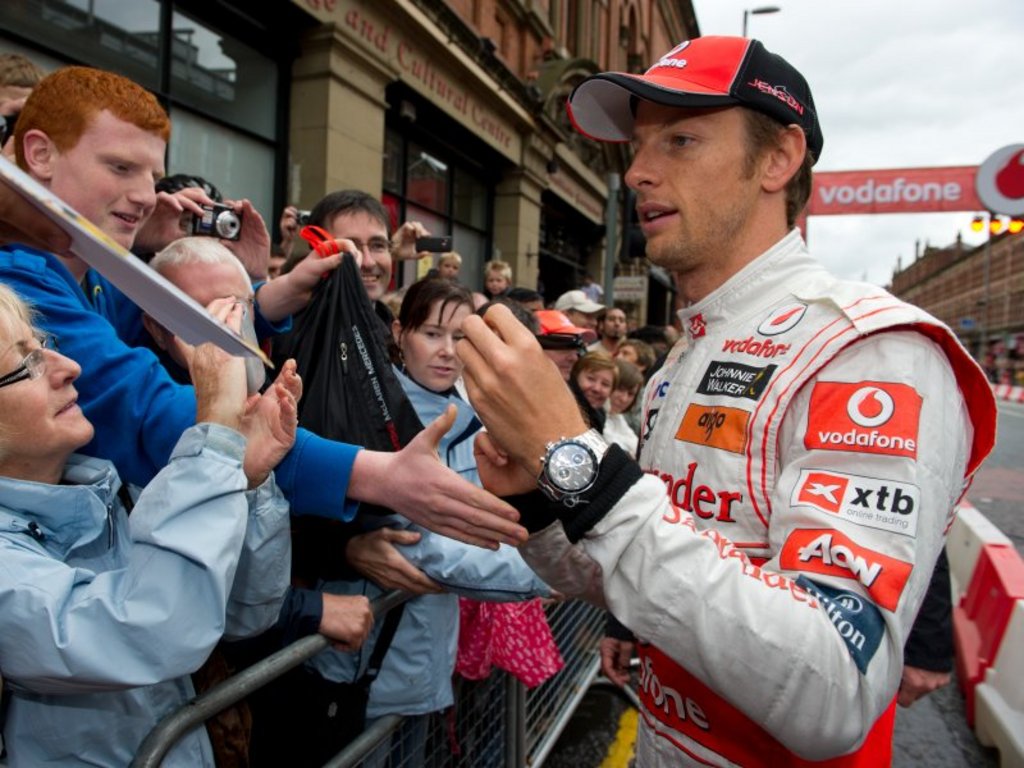 Jenson Button is also adamant that “it’s definitely still game on” in the title race despite Sebastian Vettel’s big lead in the standings.

Defending World Champion Vettel’s victory at the Belgian Grand Prix helped him to stretch his lead over Button in the Drivers’ Championship to 110 points. Button’s McLaren team-mate Lewis Hamilton is a further three points adrift.

With only seven races left in the season, many feel Vettel is out of reach, but Button warns that plenty of points are still up for grabs.

“I’m a racing driver, and I know how these things can suddenly change around, so I know that it’s never over ’til it’s over,” the 31-year-old said during the Vodafone VIP Live Q&A at the Manchester demo run.

“It would be disappointing to think that he’s uncatchable. There are still seven races remaining – that’s 175 points if you won them all – and you never know what might happen, so it’s definitely still game on.”

McLaren team boss Martin Whitmarsh has confirmed that the engineers have started to work on the 2012 challenger, the MP4-27, but Button says it doesn’t mean they’ve completely stopped development on the current car.

“We’re a very big team with lots of resources,” he explained. “Obviously, it takes a long time to design, develop and build a brand-new car every year, so we’ll have had a small team of people working on next year’s car for a few months now. As the year goes on, we’ll steadily move more people off the 2011 programme and onto the 2012 car. At the end of this season, we’ll then shift all our resources to 2012 and we’ll really start to develop the MP4-27. And that’s a process that will continue throughout next year, too.

“There are a few big rule-changes for next year, so it’s important that we understand how those will impact on the fundamental design of the car before we get too far down the road with much of the detail work.

“So we’ll have had designers, engineers and aerodynamicists already working to understand how the 2012 regulations will affect the car’s performance, and then we’ll work hard to optimise the car around those new rules.

“Lots of people don’t realise that Formula 1 is as much of a race off the track as it is on it!”