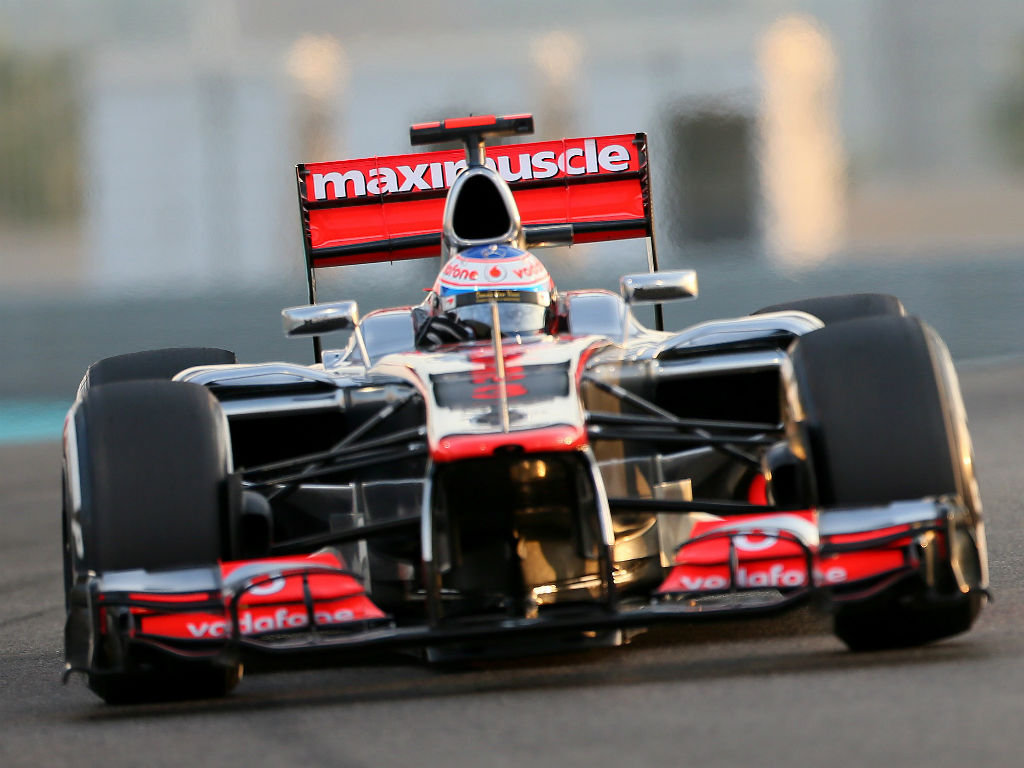 It was another frustrating race for Jenson Button at the Abu Dhabi Grand Prix as he could only manage a P4.

While his team-mate Lewis Hamilton claimed pole position and led the race for 21 laps before being forced to retire, Button started P5 and struggled for pace most of the afternoon.

Although he found himself in third place at one stage, he couldn’t hold off the charging Red Bull of Sebastian Vettel during the final few laps and had to settle for fourth.

“It was a fun race, but we struggled,” the McLaren driver said.

“The car was very different to my runs on Friday – I couldn’t get any grip. It was fun and there were some good battles out there. ”

Next up is the inaugural United States Grand Prix in Texas and Button is determined to turn his fortunes around.

“Hopefully I’ll find more pace [for Austin], my race pace is something that’s normally very good, so we’ll go and find out why that it wasn’t here,” he added.