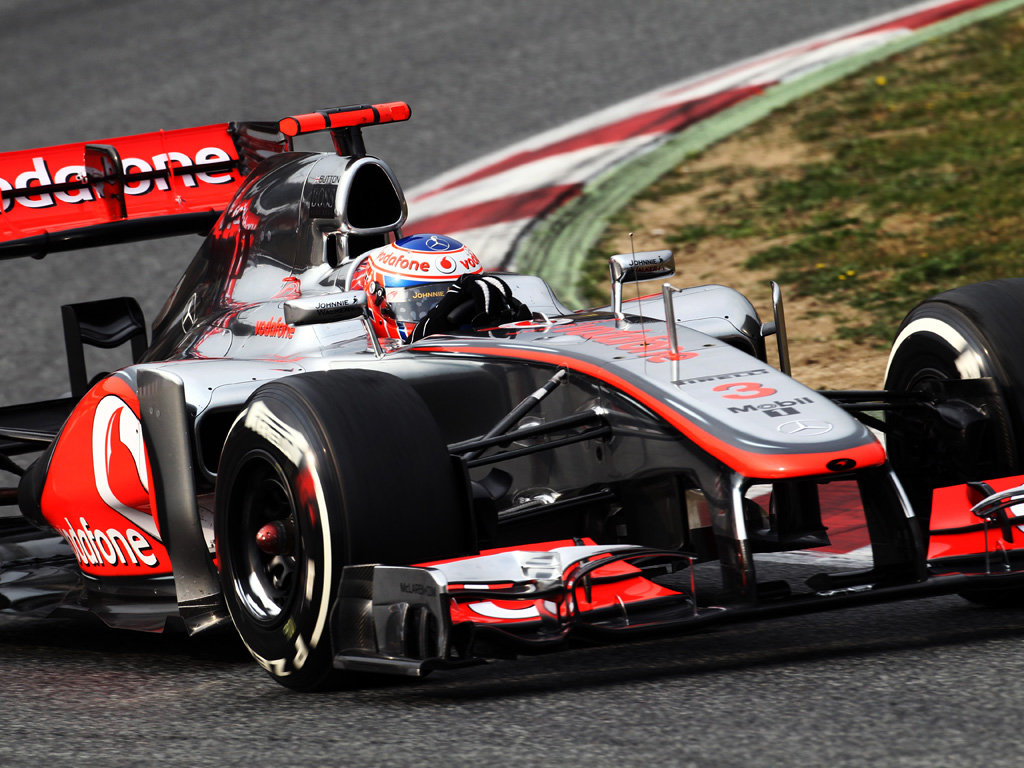 Jenson Button was left to rue a hydraulic issue that cost him vital time out on track on the penultimate day of pre-season testing.

On a day when McLaren introduced several new parts for their MP4-27, the amount of time spent out on track was drastically reduced by a hydraulic problem during the morning’s session.

The problem was further compounded late in the afternoon when it began to rain with just over an hour of play left.

And although Button only managed 44 laps, he was at least quick, finishing the day in second place, just 0.009s off the pace.

“When you get new parts, you want to go out and put lots of laps on it in order to compare it to what you had previously – but we weren’t able to do that today. We had a hydraulics issue in the morning, which meant we didn’t do much running.

“It was nice to drive the new package, and I have a good feeling about it, but I need to work with it for a bit longer to find the right balance for it.

“Hopefully, Lewis will put some more laps on the car tomorrow.”