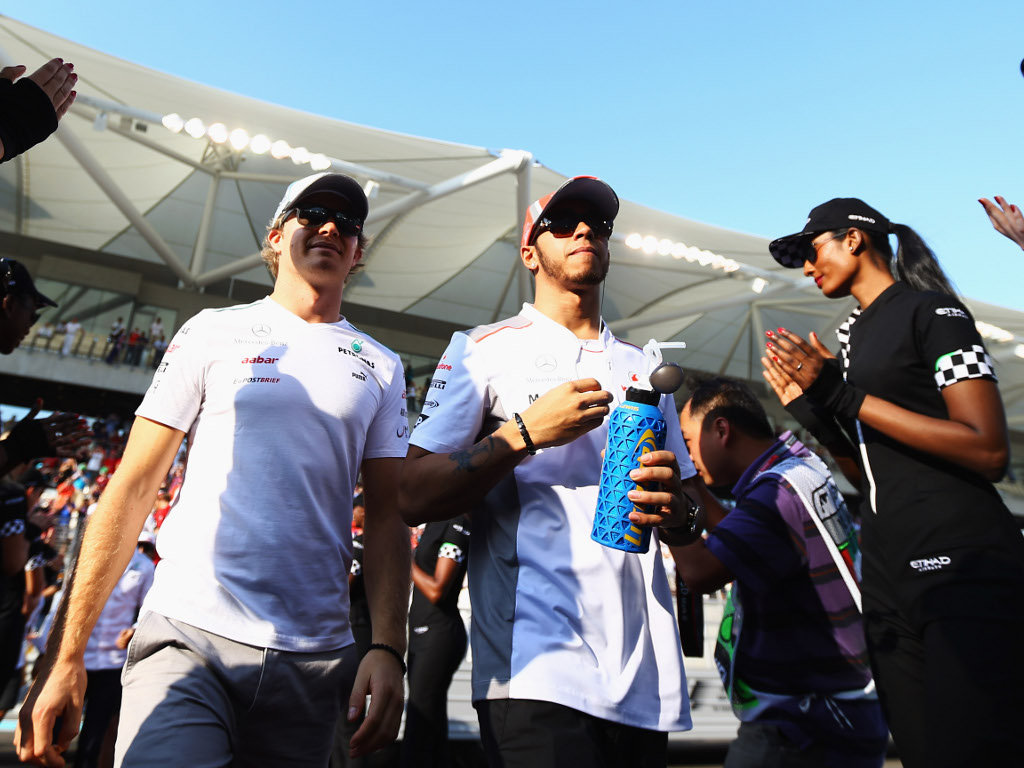 Jenson Button feels Lewis Hamilton’s ability to extract extra pace out of a bad car could take Nico Rosberg by surprise next year.

The 32-year-old’s three-year working relationship with Hamilton has come to an end as the latter will partner up with Rosberg at Mercedes from 2013.

Button is all too familiar with his compatriot’s pace as during their McLaren days the 2008 World Champion always managed to get some extra speed out of nowhere even if their car wasn’t the fastest on the grid.

Asked what the German could expect, Button said: “I think he’ll probably get a bit of a surprise.

“I know he’s been his team-mate in the past, but I think he’ll be surprised at how Lewis can get performance out of a bad car.

“I didn’t say that [Mercedes will be bad] – he [Hamilton] can also get speed out of a good car, and I think that will be the biggest thing.”

There have been claims that McLaren could regret Hamilton’s decision to join their rival, but Button insists the Woking squad will be fine as long as they keep hold of their technical guru.

“I’m not disappointed because there’s always change,” he said. “I’d be disappointed if [technical director] Paddy Lowe moved from the team because that’s the guy who’s going to help me achieve in the future.

“Whereas with Lewis, drivers come and go and people change, and that’s pretty normal in the sport.

“We’ve had quite a bit of fun in terms of racing over those three years.”