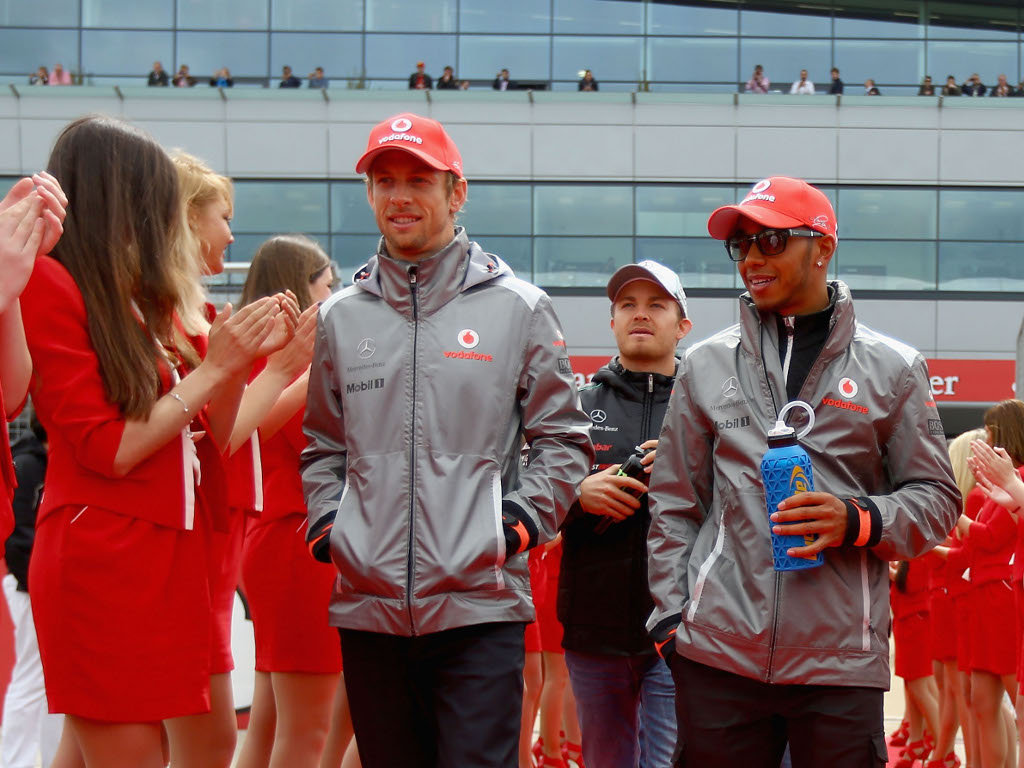 Jenson Button says McLaren’s chances of winning the World title are now a “long shot” while Martin Whitmarsh has revealed the Brit may play a team game.

Although McLaren have been in race winning form of late, the Woking team has struggled to get both cars to the finish line and on Sunday in Singapore it was Lewis Hamilton’s turn to retire.

The 27-year-old suffered the massive disappointment of retiring while leading the grand prix when his gearbox failed on lap 23. Button finished second behind Sebastian Vettel.

Hamilton’s DNF dropped him from second to fourth in the Drivers’ Championship where he now trails Fernando Alonso by 52 points while, despite finishing second, Button remains sixth, 75 points off the pace.

“It’s hard for anyone [to catch Alonso] except Seb at the moment,” said the 2009 World Champion.

“It’s between those two but there’s still a lot of people with a long shot. That’s what we’re all going to go for.”

Sunday’s retirement was Hamilton’s third in the last five races – he won the other two – while Button has had two DNFs this season. Alonso, though, has been the most consistent driver this year with just one retirement, three wins, and 13 top ten finishes from 14 races.

But with no-one at McLaren have similar consistency, Button believes it is Vettel who stands the best chance of beating Alonso to the crown.

“It just shows one bad race makes a massive difference. Fernando had his in Spa, Lewis had his in Spa and here, Seb had his at the last race.

“I had mine in the last race. When no-one has the consistency you can’t close a big gap on someone. Seb is only 29 points behind, that’s a gap that’s shrinking.”

Hamilton’s bid, though, could receive a boost from Button with McLaren’s team boss Whitmarsh revealing the elder of the two Brits may be willing to play the team game.

“Jenson has had a conversation with me, he initiated it,” he told the BBC.

“He’s an immensely competitive individual, but he’s a team player.

“Things that happen in the future will come from within him. I’ll never ask and I don’t want to ask. If he chooses to do something in the best interest of the team, that’s up to him.”

He added: “At the moment, the best thing we can do is keep developing the car. Both drivers are going to be driving as fast as they can in Suzuka.”