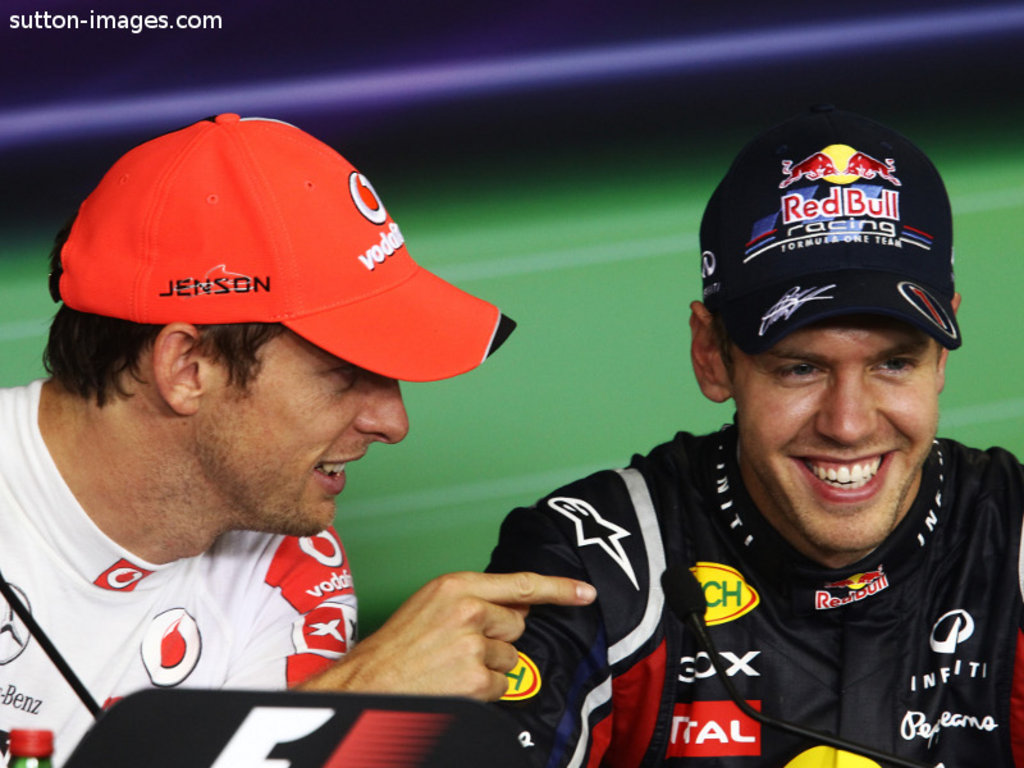 Although he concedes Red Bull have the advantage, Jenson Button is refusing to write off his chances of claiming the World title this season…

Although he concedes Red Bull have the advantage, Jenson Button is refusing to write off his chances of claiming the World title this season.

Button claimed his second victory of the Championship in Hungary on Sunday, beating the elements and, more importantly, Red Bull’s Sebastian Vettel to the chequered flag.

However, with just eight races remaining the season, the Brit is still down in fifth place in the Drivers’ standings, a massive 100 points behind Vettel.

But, despite the German’s massive lead, Button says he’s yet ready to write off his chances of pipping him to the World title.

“You never know. If he (Vettel) has a crash, loses 25 points and our pace is as it is now, it is going to be a phenomenal end to the season,” the Brit told The Guardian.

“As a team we are making the right calls and we are up there with them. In qualification they still have the edge but in the race we can have them.

Button, though, does concede that Vettel’s advantage is “great”, however, he’s knows from past experience that it’s not always that easy to close out a title race.

“To be fair to them, they have a great lead and can stay relaxed,” said the 2009 World Champ.

“It is so difficult when you get into this sport because of the noise, the excitement and the adrenaline to say ‘right, let’s back it up a little bit’ and, if you are second or third, it is easy to win the Championship – especially for a company like Red Bull.

“I don’t think we will see them backing off.”

As for McLaren’s decision to allow Button to fight team-mate Lewis Hamilton for the victory in Hungary, which saw the duo exchange the lead on four occasions, he says it’s proof that McLaren are one of the few teams who allow their drivers to actually race one another.

“No, I wasn’t surprised they let us fight,” he said. “We wouldn’t have listened anyway. If they had said back off and sit behind your team-mate it wouldn’t have happened.

“But they would never do that and we know that because we asked the question.”