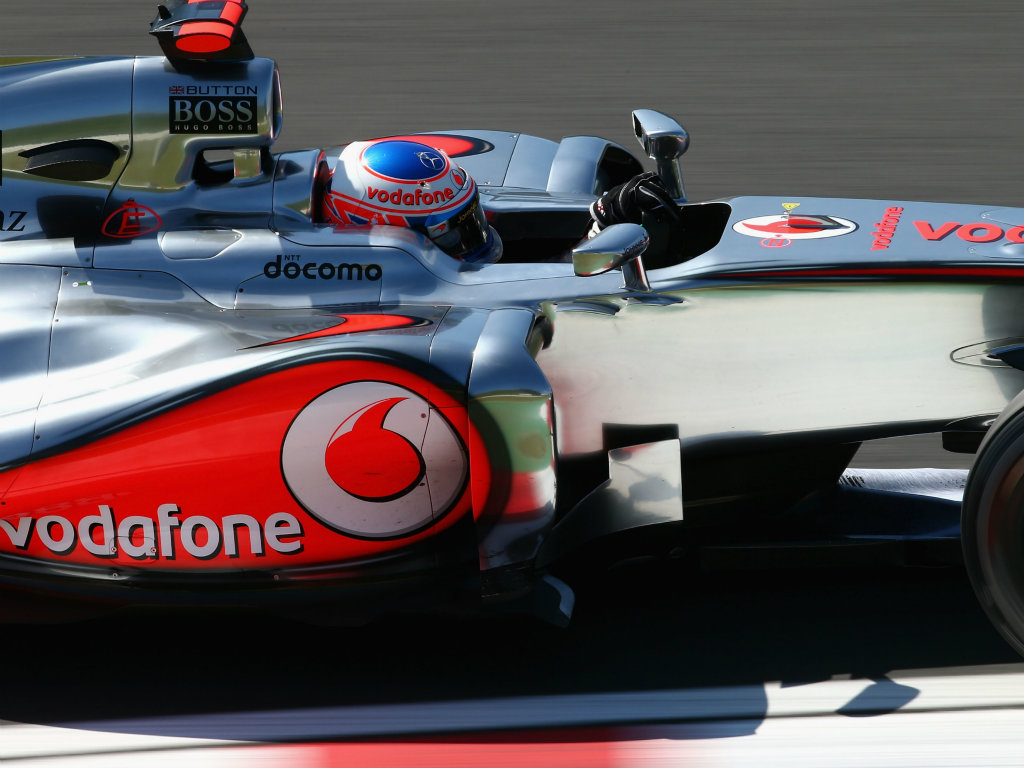 Jenson Button is refusing to give up on the Japanese Grand Prix victory despite dropping from third to eighth on the grid.

The 2011 winner arrived at the Suzuka circuit knowing that he would take a five-place drop for an unscheduled gearbox change, which is the mandatory penalty.

He did his best to minimise the damage, qualifying in third place, 0.451s behind pole-sitter Sebastian Vettel.

Button, though, was not able to challenge the Red Bull drivers, who locked out the front row, telling his team over the radio: “I couldn’t find any more guys, they were just too quick, the Red Bulls.”

The McLaren driver will now drop to eighth for Sunday’s grand prix but says he won’t let the penalty preventing him from fighting for the race win.

“It hurts a little bit having the grid penalty but today was good,” said the 32-year-old.

“This morning I wasn’t too happy in practice but we improved in qualifying. Both of my laps in Q3 I was happy with.

“It’s always great driving around here and it was a lot of fun but we just aren’t quick enough and I’m not sure what we can do about that.

“It’s such a nice place to fight for a win as well but never say never, there’s always possibilities and we’ll fight all the way tomorrow.”