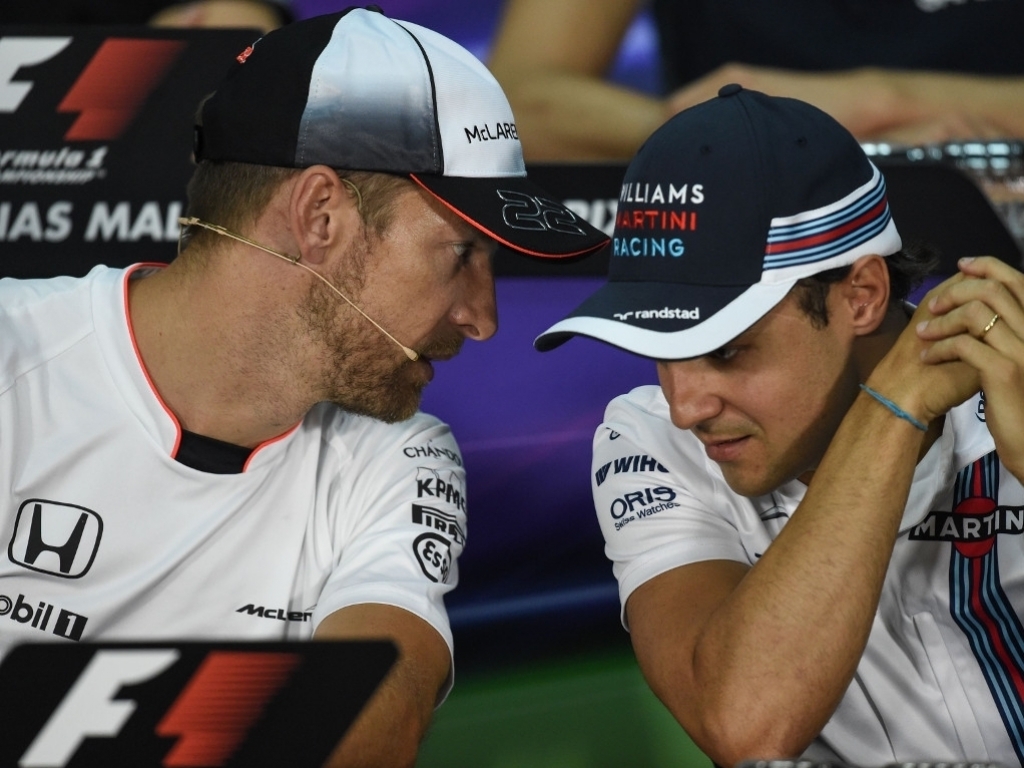 Joining an exclusive group of just three drivers to have reached 300 grand prix starts, Jenson Button says he never thought that he’d be racing into his 30s.

This weekend the McLaren driver will line up on a Formula 1 grid for the 300th time, joining Rubens Barrichello and Michael Schumacher in the 300 club.

He started as a 20-year-old with Williams in 2000 and during his career won 15 grands prix and one World Championship title.

Asked during Thursday’s press conference in Malaysia how he looks at his place in F1’s history books, he replied: “That’s a good question that deserves a very long answer and I’m not going to give it to you here.

“I remember when Rubens got to 300 and it was unbelievable that he got to 300, I thought ‘I’m never going to race that long’.

“I remember when I started in 2000, I remember speaking to my dad and he was saying ‘how long do you think you’re going to race for, will you still be racing in your thirties?’.

It has been an up-and-down career for Button, who didn’t win his first grand prix since 2006 and had to wait another three years for a first – and to date only – World title.

“It definitely sucks you in, Formula 1, it doesn’t let go, as long as you’re performing. It’s been a great ride to 300, lots of ups and downs, as every career will have.

“The important thing is that you stay on top of those bad times as much as you can, because you never know how long they’re going to last.

“So a very exciting career to this point, 300 races, and if any of these guys around me can achieve the same thing, fair play to them because it’s a long time doing the same thing!”