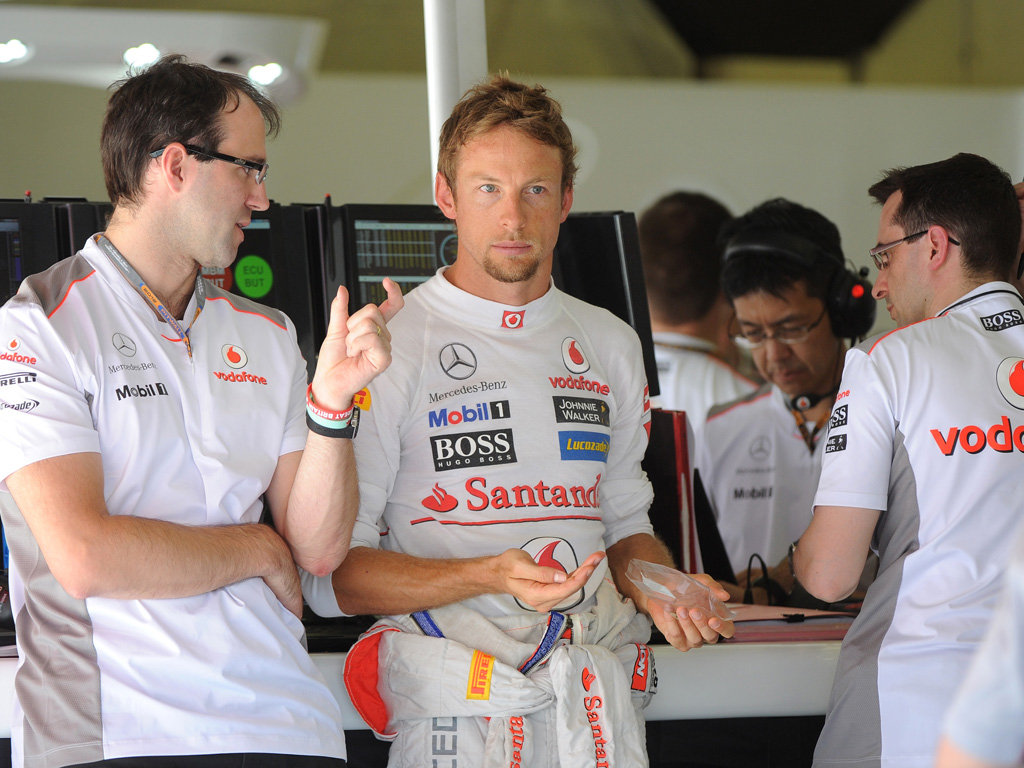 Jenson Button concedes he did not have the pace to run at the front during Sunday’s Spanish GP and that’s something he needs to “solve myself.”

On a day when once again Button struggled to get the best out of his Pirelli tyres, the 32-year-old was 85.2s behind Pastor Maldonado, who became the fifth different driver in five grands prix to win.

But, perhaps more worryingly, was Button’s deficit to team-mate Hamilton as, despite starting 13 positions ahead of his fellow Brit, Button was one place behind him at the end of the 66 laps.

“The Formula One form book is very mixed up at the moment, which is unusual, but that’s the way it appears to be going this season,” said Button.

“As for us, a lot of my afternoon was spent stuck in traffic, and I had a Sauber breathing down my neck for most of the race.

“All in all, we weren’t quite quick enough, but that’s something I need to solve myself.

“I need to find a set-up that suits me better as I feel like I have pretty poor grip at the moment.”

Button, though, is not expecting a quick fix as he concedes his biggest problem at the moment is managing his tyres.

“To work out why I was slow, that’s a bit trickier,” he told the Telegraph.

“Normally I’m good at looking after tyres. I can’t do that at the moment. I’m struggling with the car. It’s not an overnight fix, which is worrying.

“The first two races were good. But Bahrain was tricky and here was also tricky. I just can’t find grip and I can’t use it. I don’t think I could have done a two-stop.”

After five races, Button is sixth in the Drivers’ standings on 45 points, 16 less than Championship leader Sebastian Vettel.