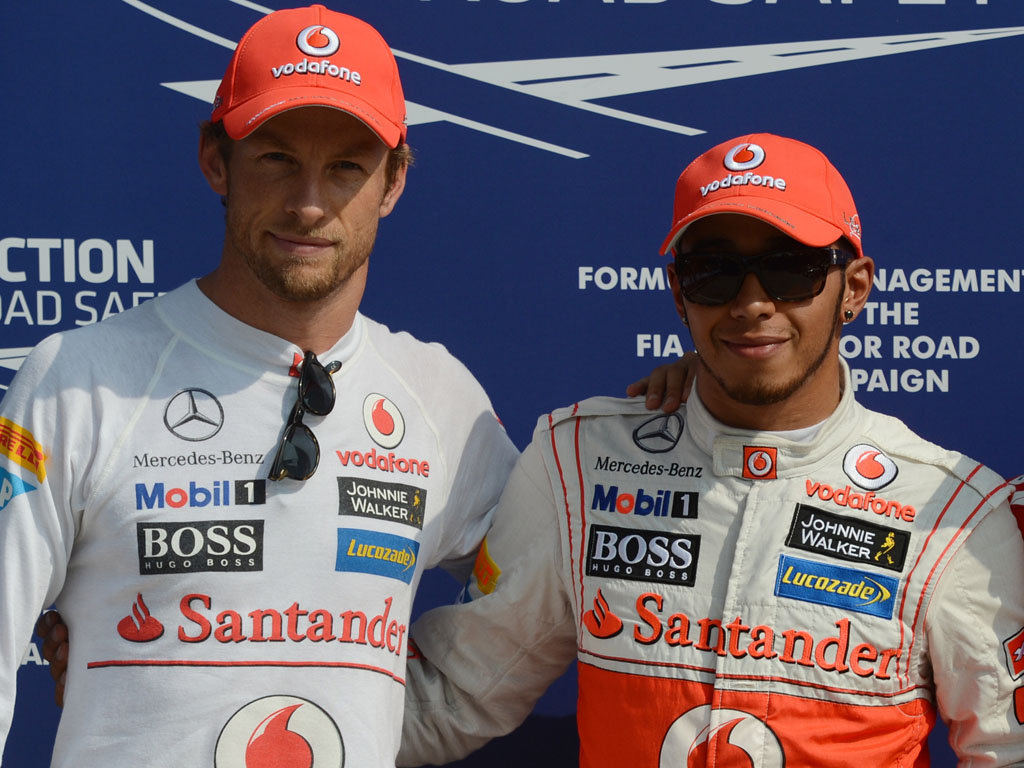 Jenson Button has dismissed suggestions that his relationship with Lewis Hamilton has turned frosty over the past few weeks.

There have been several media reports claiming that there is tension in the McLaren camp following Hamilton’s announcement that he will leave the Woking squad for Mercedes next year.

The situation wasn’t helped by Hamilton’s latest Twitter gaffe when he accused Button of “unfollowing” him on the social networking site only to be forced to backtrack when his team-mate said he never “followed” him.

Although he admits that they are not “close friends” and feels Hamilton is making a mistake by leaving McLaren, Button has rejected claims that their relationship has deteriorated in recent weeks.

“It is amazing how opinionated people are with this team and none of it is true,” he is quoted as saying in The Guardian.

“The atmosphere in the team is fantastic. As far as I can see with Lewis, he is focused and wants to win races. Nothing has changed, it is just the view of a few people with a wide audience and they need to get their facts straight.”

He added: “He has chosen to go his own way at the end of the year. It is his decision, although I personally don’t think it is the right decision.

“We are not close friends. We work together and have a good working relationship. If we think there is something wrong with the car we will work on it.”

Hamilton’s hopes of leaving McLaren with a second World Championship appear to be all over bar the shouting after he could only finish 10th at the Korean GP.

The result left him 62 points behind leader Sebastian Vettel, but Button insists McLaren will continue to push for wins in the final four races of the season.

“The team will give Lewis everything they can because Lewis can give the team chances of winning races, as I can,” he said.

“The team care about the drivers, but also they care about winning. There will not be any change in this team at all in the way we go racing with two drivers.”