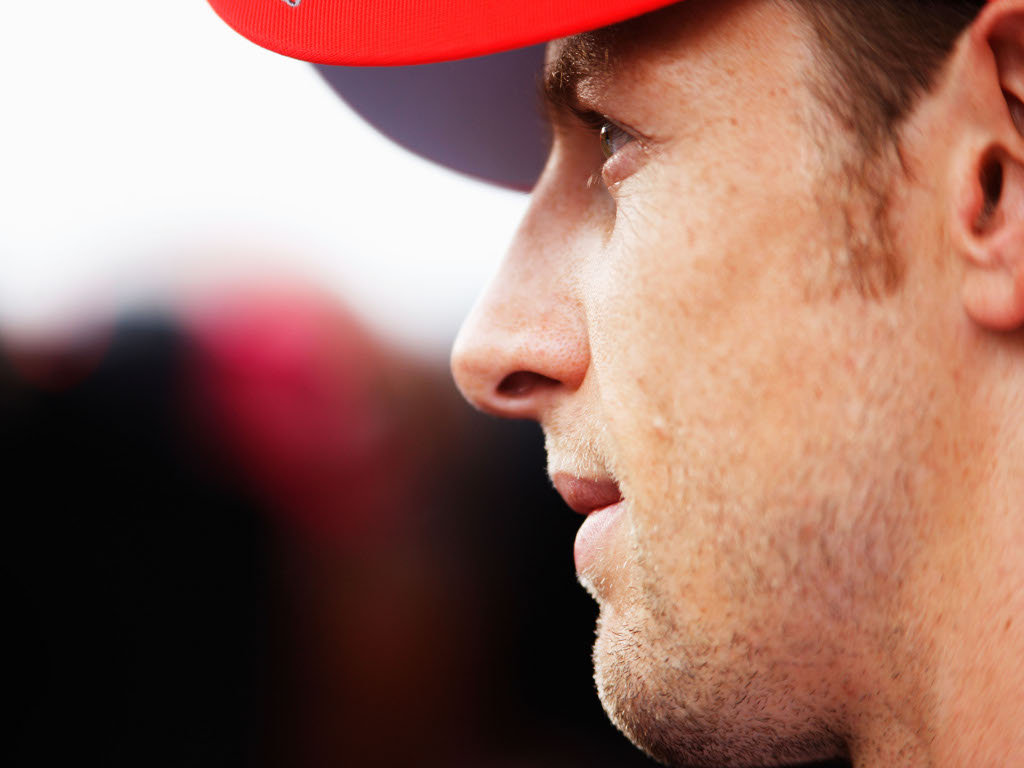 In a candid interview with Brazilian publication TotalRace, Button shared his thoughts on three of F1’s World Champions starting with Schumacher.

“Michael has had some good races,” the McLaren driver said. “It was cool to see him on the podium in Valencia.

“He hqas seven World Championship titles and 91 wins. He deserves a lot of respect.”

Another driver that Button feels deserves respect is Raikkonen, who has impressed the Brit in his comeback season.

Asked whether Raikkonen’s form was better for having spent less time away from F1 than Schumacher, Button said: “He is also much younger. And he continued driving in rallies in which you need good reflexes.

“He kept his focus on F1 and was not far away from the sport for a long time.

“Kimi is doing a great job this season and I think he could be doing an even better job if he had been in F1 last year.”

Naturally Button was also asked about his team-mate Hamilton and whether he expects his fellow Brit to commit his future to McLaren.

“Yeah, I think so. I don’t know what options he has but Lewis did enter F1 with a team that gave him opportunities to win races and fight for Championship.

“He might not have the chance to be Champion every year but the team gives him the conditions to fight for victories every year and when you have that, it’s very difficult to go somewhere else and try to build a winning team.

“Some drivers need to do that but once you’re in a team like this you do not want to look back.”

He added: “I don’t know his options but Ferrari is not one and at Mercedes nobody knows if Michael will be there. It would be a big change but sometimes we need change.”