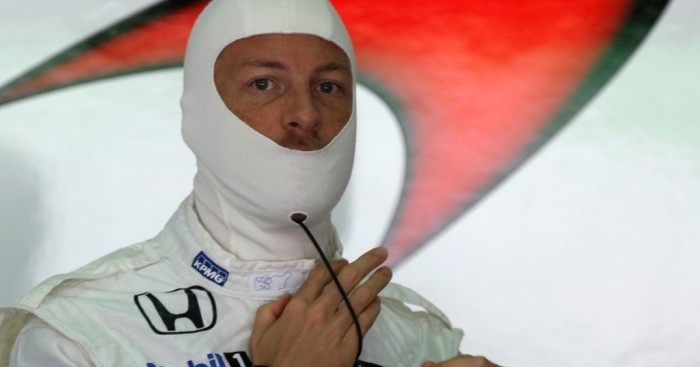 Jenson Button will not take part in Sunday's Bahrain GP due to an as-yet-to-be-confirmed problem with his car.

The 2009 World Champion has had a dismal weekend at the Sakhir circuit.

Not only did his MP4-30 grind to a halt twice on Friday but there was a repeat performance in Saturday's qualifying.

Without a time to his name, Button was set to start the grand prix 20th on the grid.

However, while his rivals headed out to the grid, Button's car remained cornered off in the McLaren garage and without any work being done on it.

McLaren confirmed: "Sadly we are not able to ready Jenson’s car. During fire-up, data indicated an issue originating from his earlier electrical problems."