Home Uncategorized Button out to pounce on Sunday 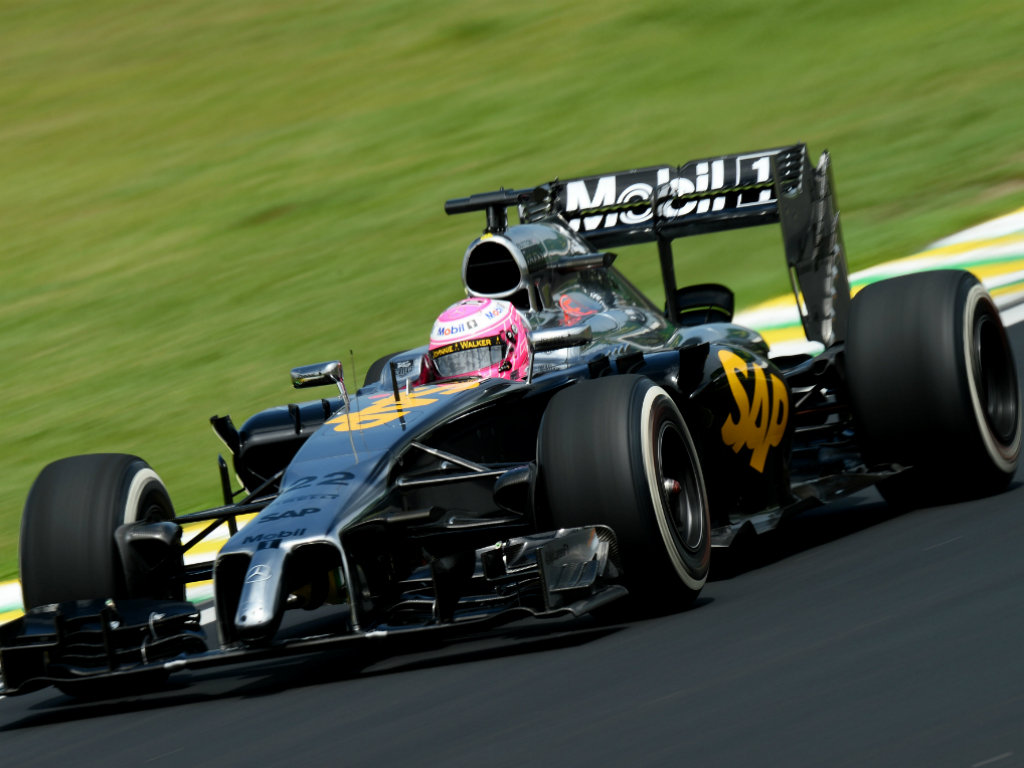 Jenson Button is determined to keep the Mercedes and Williams drivers honest at the Brazilian GP, adding he wants to pounce should they slip up.

Having struggled during the practice sessions on Friday, McLaren found some extra pace during qualifying as Button was fifth fastest behind the two Mercedes and two Williams cars.

Although the top four are expected to finish ahead of Button, the 2009 World Champion wants to make sure he is there or thereabouts should anything happen.

“I’m very happy to be fifth,” he told reporters. “My qualifying runs weren’t anywhere near what they should have been. I locked up massively on my second run, so luckily my first run was quick enough.

“The aim is to keep the pack behind and stay as close to the cars in front in case there’s action; there can be between team-mates, so we want to be there to pounce if anything happens.”

McLaren have also not given up hope of catching Ferrari in the Constructors’ Championship despite a 49-point gap with only two races still to go.

“It’s a massive gap to Ferrari but you’ve got to be ambitious and make them feel like they’re being challenged,” he said.

“It’s a good position for this race and obviously the next one is double points… we’ll see.”