Home Uncategorized Button out to relegate ‘finger’ to the past 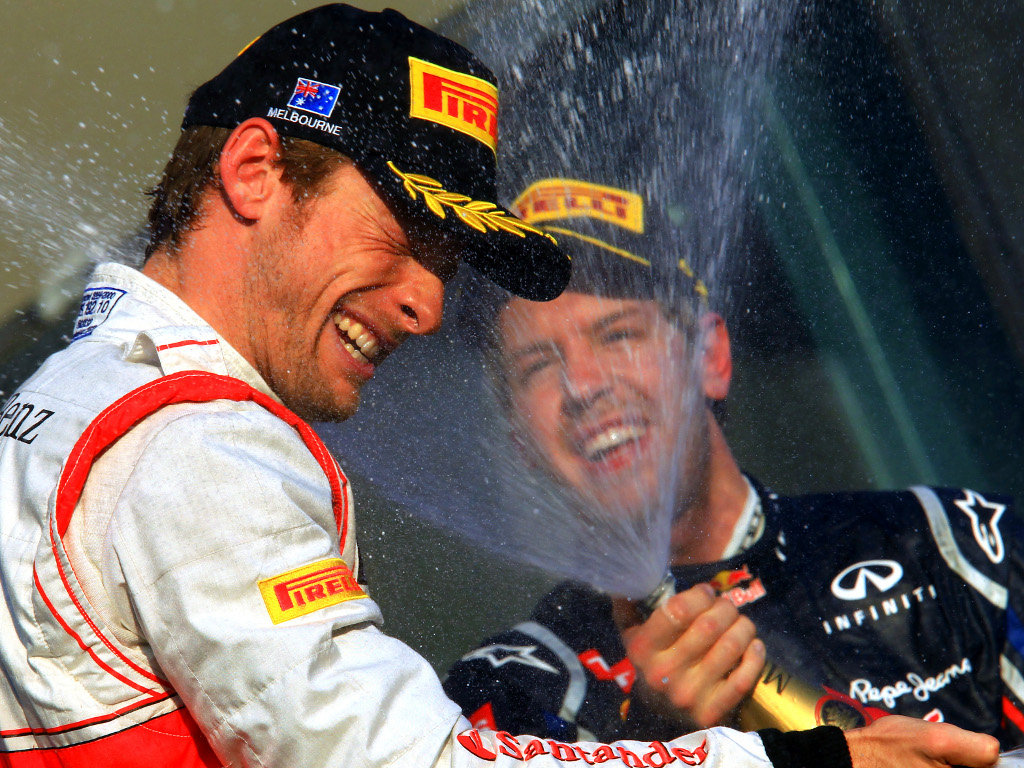 Jenson Button warned Sebastian Vettel on Monday that he plans to end the days when the German’s trademark bent-finger salute is seen at the end of F1 grands prix.

The 32-year-old Brit cruised to victory himself in Sunday’s season-opening Australian race – and admitted his new celebration, in which he forms a ‘W’ for winner with his hands, needed some practice.

“Yes, it was not ideal was it – but I am planning to have a lot more practice. We don’t want to see the crooked finger any more this year and I hope that we can see the end of that,” Button said.

Vettel’s celebration, in which he raises his slightly bent right index finger to signify number one, was widely used last year as he took his second title in a row. He finished second on Sunday but never looked likely to win.

The good-natured Vettel laughed and warned: “I want to win, everyone does, and I don’t think it will be too long before I do again.

“This race proved that after all the worries on Saturday we still have the pace. Everyone said we were in trouble, but if we were there are plenty of others in much worse and deeper trouble than we are.

“And I am pretty sure we can go well at Sepang next race. There is no doubt that Jenson deserved to win this time – we could not catch him – but it will be different in Malaysia.”

Sunday’s opening showdown proved that McLaren and Red Bull will be the two main forces in the early part of the season – and that Button is in excellent form already.

His composure and technique saw him take the lead at the opening corner and leave McLaren team-mate Lewis Hamilton frustrated at failing to exploit his pole position.

Victory brought Button his third win at Albert Park and his 13th in all, proving beyond doubt that he will be a serious contender for his second world title, providing he and Hamilton do not take too many points from one another.

“It is too early to talk about that and we shall just have to see how it pans out over the next few races,” said Button.

“Lewis was very fast in qualifying and he was unlucky in this race. That can change. We know what Red Bull can do and we are not discounting anyone at all.”

While Vettel talked of bidding to bounce back, it is more likely that Hamilton will find some luck in Malaysia next weekend.

Hamilton admitted he was not sure why he wheel-spun at the start, allowing Button to take charge, but he was also unfortunate when a safety car intervention allowed Vettel to take second spot.

“I feel pretty disappointed for myself, but the team have done a great job over the winter and we are both on the podium at the opening race,” Hamilton said.

“That tells me we are going in the right direction and now it is up to me to work hard and keep my head down… and find the results. I don’t know what happened at the start here, but I intend to find out and make sure we don’t have it again.

“Of course, I wanted to win, but at the end of the day it is just the first race in a 20-race season. I am aiming for consistency. And I believe it is consistency that wins World Championships.”