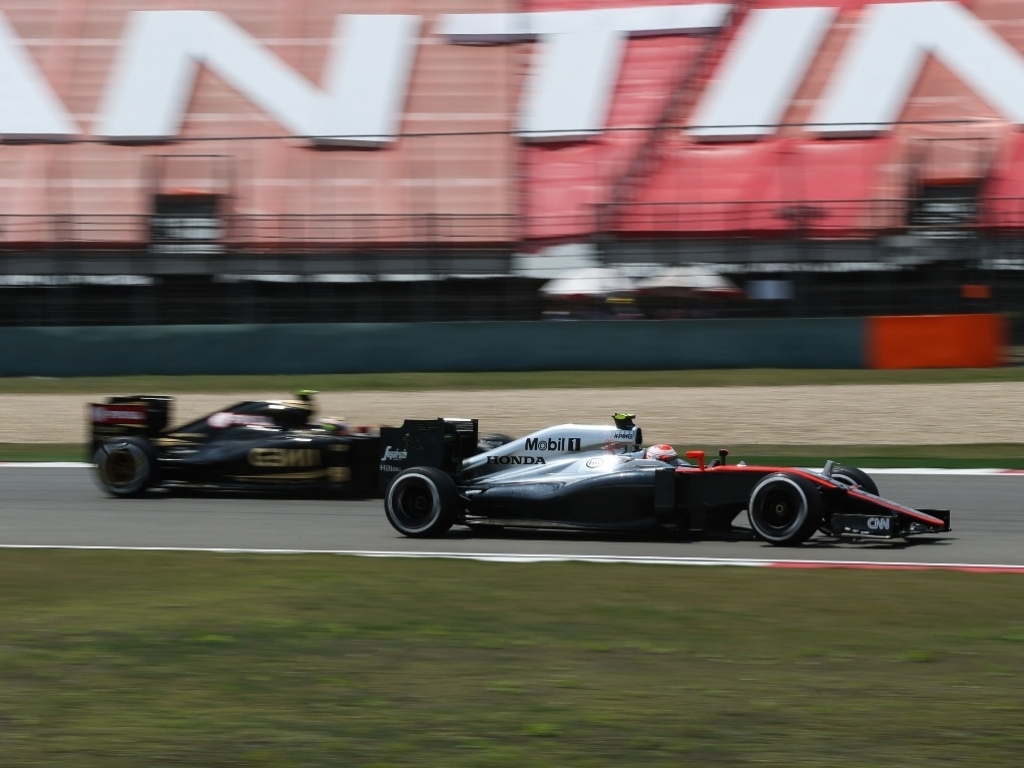 Jenson Button was hit with a double penalty after the Chinese Grand Prix following his crash with Pastor Maldonado.

The McLaren driver and Lotus man were battling over P12 late in the race and Button managed to keep the Venezuelan behind him for several laps before Maldonado ducked on the inside at Turn 14 at lap 48.

It looked like he made the move stick, but Button fought back only to crash into the back of the E23 as they were braking into Turn 1. Although Button was able to continue, Maldonado had to retire.

As for the incident itself, Button said: "I thought there was room on the inside, I can't really say anything else. It's an incident you never want to happen … A misjudgement I guess."

Meanwhile, Roberto Merhi was given the same punishment after the Manor driver exceeded the delta time during the Safety Car period. He remains P16 though.