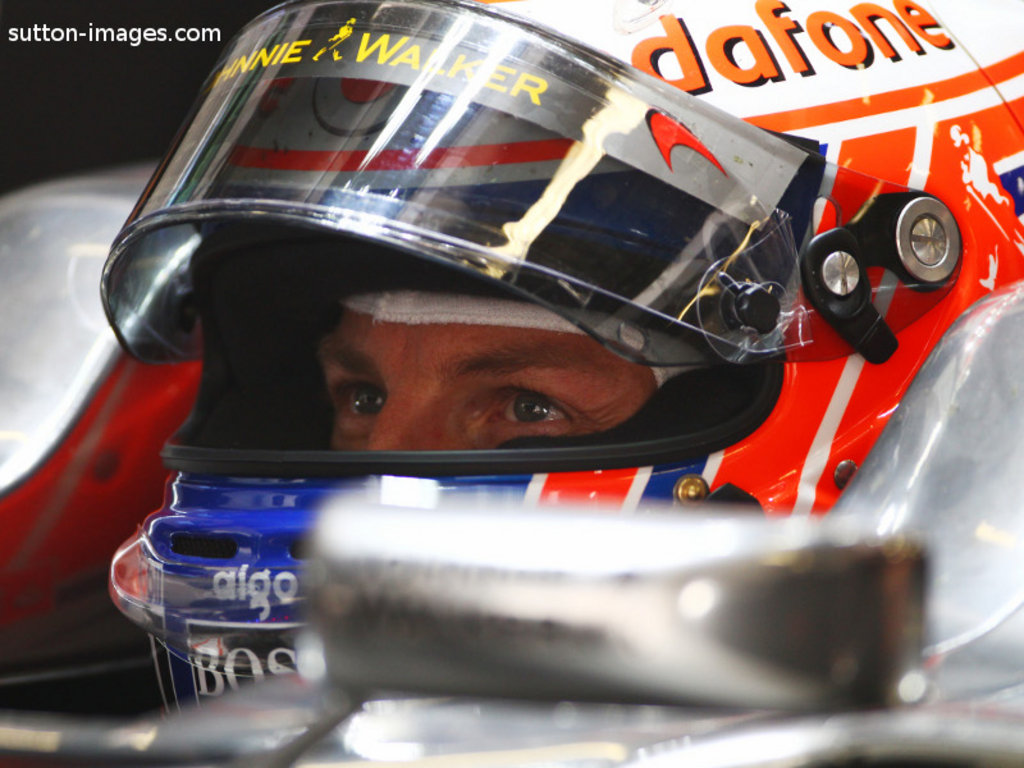 Jenson Button admits it’s highly unlikely that McLaren will be able to challenge Red Bull and Sebastian Vettel for a podium position at the Chinese GP.

Vettel has been in imperious form so far this season, winning from pole to flag in the first two races in Australia and Malaysia. There was no let-up during practice on Friday as he set the fastest times in both 90-minute sessions.

When Button was asked they were closer to Red Bull than they were in Malaysia, he replied: “No, not at all. I don’t think we are at the moment.

“I’d be surprised if we can fight them for pole position in qualifying. They look very fast.”

Button had runs with and without McLaren’s new upgrades to the floor and exhaust, but the results proved to be inconclusive.

“If we sort our balance out we’ll be closer,” he added.

“So it’s not been a perfect afternoon but we have a lot of information on the changes we made, so we can hopefully work on improving the set-up tomorrow.”

“My feeling is that they’re very, very quick this weekend,” he said.

“You need good downforce on this circuit and they have shown time and time again that they generally have more than us.

“It looks like there’s a bit of a gap between us and them.”

He added: “It’s not been the best of days. Set-up wise, we struggled a little bit today, which is the first time since we’ve had the new upgrade on the rear of the car.

“There were some positives and negatives and the guys are just trying to understand which way we’re going to go with the upgrade that we have.

“But I’ve been really struggling with the balance of my car, but I don’t know if it’s because of the upgrade that we have or we’re just in the wrong area with the set-up.”