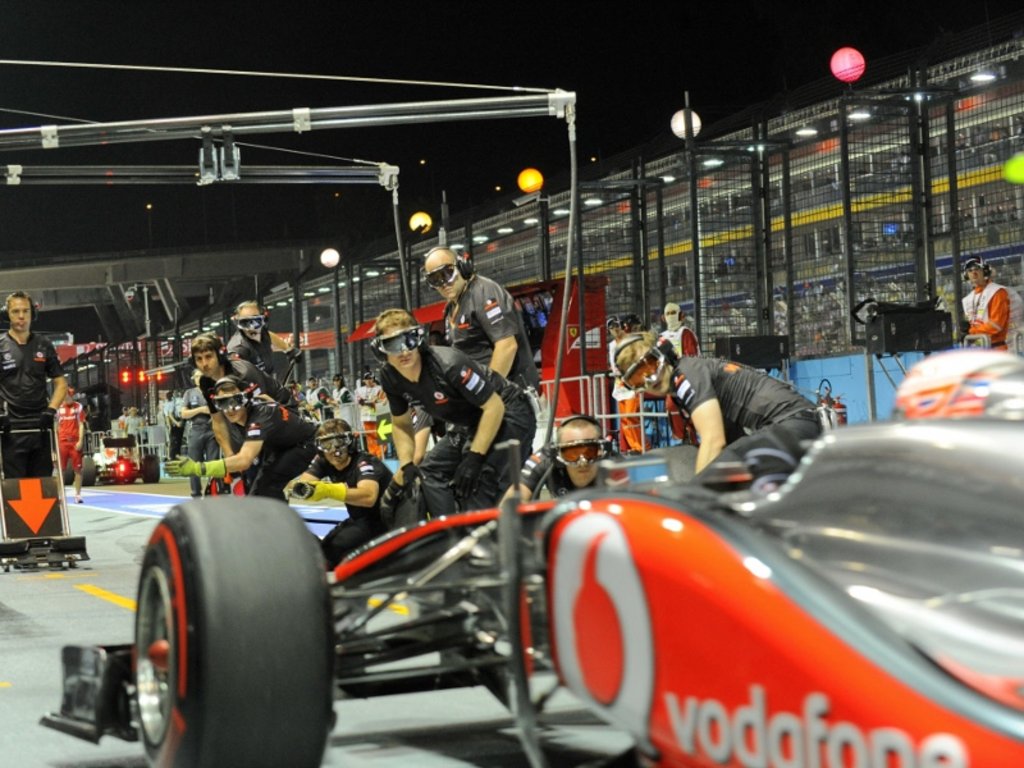 Jenson Button is determined to turn his P3 grid slot into a flying start in Sunday’s Singapore GP, confident he has the pace to fight for the win…

Jenson Button is determined to turn his P3 grid slot into a flying start in Sunday’s Singapore GP, confident he has the pace to fight for the win.

Despite having his running cut dramatically short on Friday due to kerb issues, which affected the entire field, and gearbox issues, which only hampered him, Button was back on song on Saturday.

The McLaren driver was second quickest in Practice Three and maintained the position for much of qualifying, finishing behind Sebastian Vettel in both Q1 and Q2.

However, when push came to shove in the final qualifying segment, the McLaren driver dropped behind Mark Webber as well and will start Sunday’s race third on the grid.

“We did a lot of work overnight, so the car is now working very well and we should be pretty happy with what we’ve achieved so far this weekend,” Button said.

“Qualifying was a bit tricky in terms of getting the car to work in all three sectors. We’re putting a lot of heat into the tyres – so if we push hard in the first sector, we lose rear-end grip by the third sector.

“It’s difficult trying to find that balance, but I think we got reasonably close to it this evening.”

As for Sunday’s grand prix, Button has already planned his attack, starting with a quick move to overtake Mark Webber into the first corner, followed by a measured attack on Vettel for the win.

“It’s only a short run down to Turn One, but I’d still like to be at least second into the first corner, so as to be able to challenge Seb from early on. Lining up third also means I’ll be starting from the clean side of the grid.

“Tomorrow will be all about looking after the rear tyres: it’s a long race – the longest of the season – so it’s going to be hard and hot. A lot could happen tomorrow, and I’m really looking forward to it.”