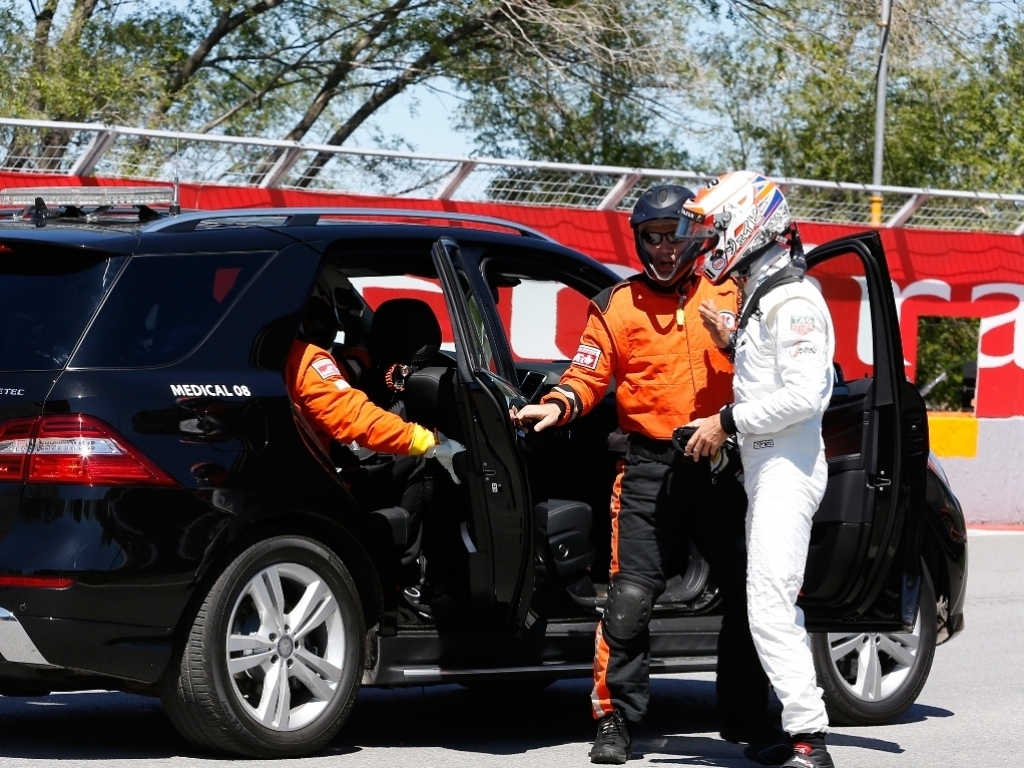 Jenson Button admits he doesn't expect make much progress from the back of the grid at the Canadian Grand Prix on Sunday.

The McLaren driver failed to take part in qualifying on Saturday after his MP4-30 suffered an ERS failure during Free Practice 3. Since he is likely to change his engine, he is set to incur an additional penalty.

"It is a tough one. Initially, it was an electronic issue and that caused a problem with the ICE," he said. "The guys are doing a great job of taking the car apart and putting it back together, so I will have a good car for tomorrow, but I didn't qualify, I don't know where I am starting from or how much of a penalty I have…"

Although Circuit Gilles Villeneuve offers many overtaking opportunities, Button fears he might not pass too many cars come race day.

"It is a pity, but these things happen," he said. "Hopefully, we can have a fun race tomorrow, but I don't think I will be overtaking many cars. It'll be a tough day but we'll do the best we can.

"I think we need to look at the penalties first, but threatening anyone other than the Manors is going to be difficult."