Home Uncategorized Button: Pressure could get to Vettel 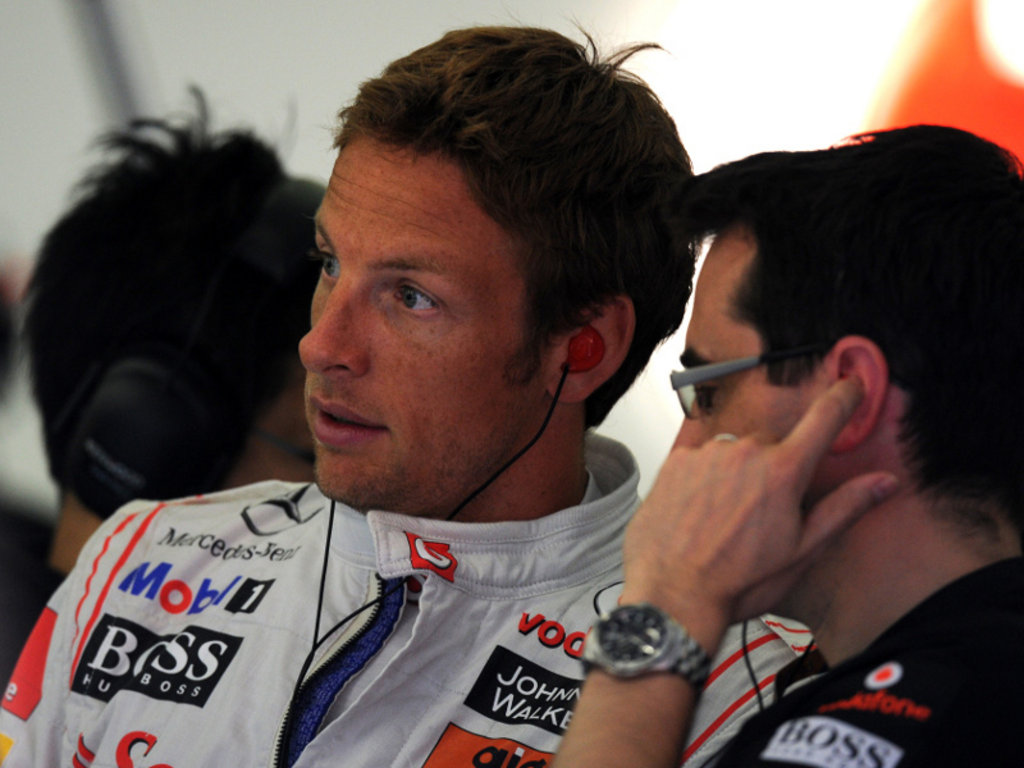 Jenson Button says there’s no giving up on the World title as just because Sebastian Vettel has a massive lead it doesn’t mean he’ll hold on to it.

With a total of 200 points to play for, Vettel is leading the Drivers’ Championship by 85 points over his team-mate Mark Webber. Lewis Hamilton is a further three of the pace while Fernando Alonso is one point behind Hamilton.

Button, who is also still in the running, is 100 points behind Vettel.

And although the Red Bull driver’s margin over his rivals may look to be insurmountable, Button reckons the pressure of trying to close out the title race could yet take its toll on the German.

“It will be interesting to see his way of thinking over the next few races,” the McLaren driver said.

“He says he wants to go all out and win them all, which is great. That’s exactly what we want, so hopefully that will be the case for the whole season.

“But whether you are just picking up points or going for wins, both attitudes can lead to mistakes. When it gets to you, we will see what happens.

“I watched the last race of last year on the TV the other day when Fernando led by 15 points before the start of that race, and he lost the Championship to Sebastian.

“I was like ‘wow!’ It shows that when things are tough, or you are trying to hold a lead, it can be quite difficult if you think about it too much. So I don’t know, we’ll see.”