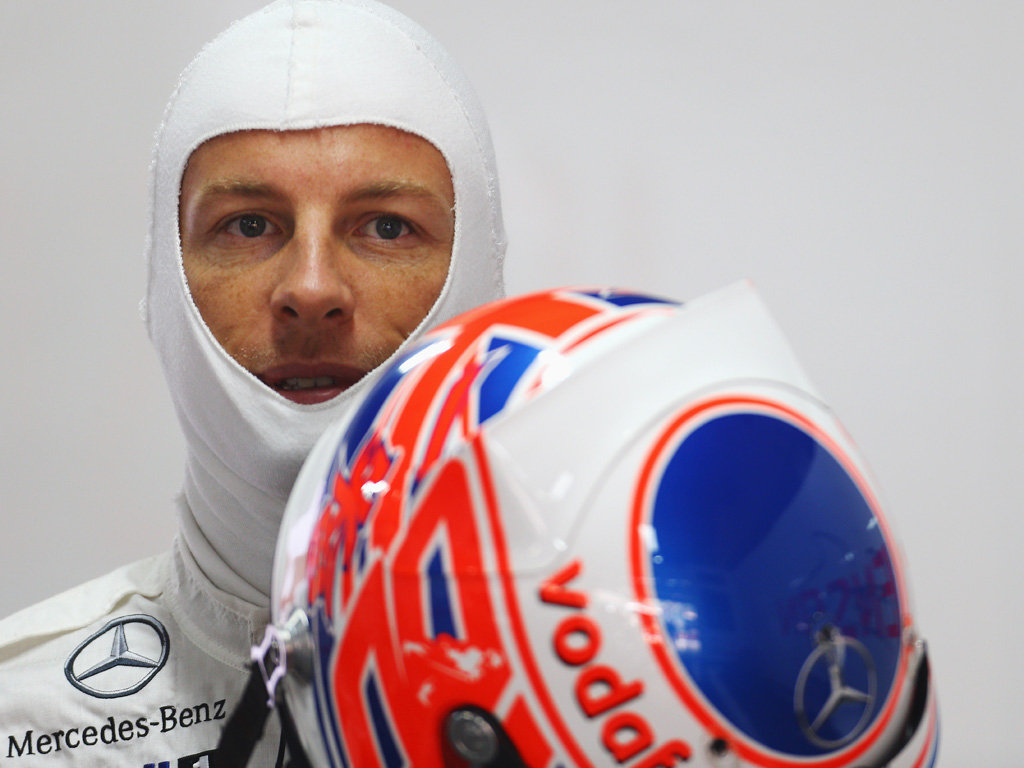 Jenson Button says he’s satisfied with his fourth place on the Indian GP grid after McLaren made changes to his MP4-27 overnight.

Unhappy with his car in the wake of Friday’s practices, McLaren made large-scale changes which elevated their drivers to second best.

The Woking duo locked out the second row of the grid at the Buddh International circuit with Lewis Hamilton third ahead of Button.

The 2009 World Champion isn’t at all fazed, hoping a good start on Sunday will see him take advantage of his grid position.

“Not too bad,” said Button.

“We really struggled to get the tyres working on lap one so I went for a different strategy to most I think, I did a three timed lap run, which really worked for me in Q2.

“But in Q3 I didn’t have quite as good a balance as I had in Q2, a bit more understeer in the car. I guess the circuit gripped up.

“We didn’t expect it to grip up that much, and when it does, you pick up understeer. Not quite the perfect lap, but pretty happy to be fourth, the second row.

“Our start’s pretty good so we’ll see what we can from there.”

As for the changes McLaren made after Fridays sessions, Button said: “We’ve changed quite a bit on the car and understood the tyres a bit more and how to work with them.

“We should be happy with what we’ve done today as a team. We’re not far off the Red Bulls and we’re in front of the Ferraris. It couldn’t have got much better.

“I’m pretty happy with what we’ve done, we’ve just got to see what the car’s like tomorrow.”